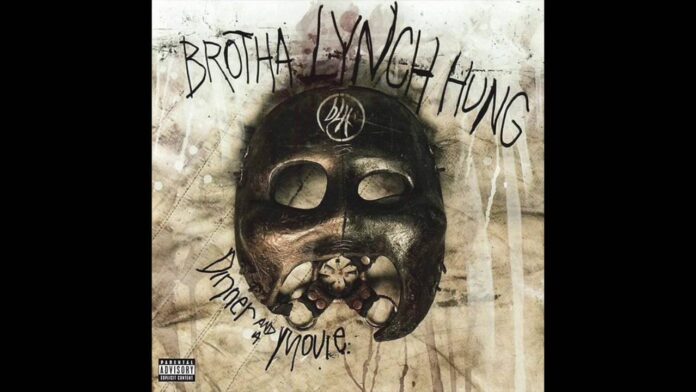 [Snoop Dogg]
They layed one of my homies down; two of my enemies
I grab the heat and creep up the street and squeeze
I'm in your neighborhood, so what the fuck is up?
And if I catch you I'ma pop you, nigga that's whats up!
We can talk about it, no, i don't think so
And I'ma catch you when your creeping with that pink toe
You trying to creep up out that mink store, get you a drink
So when I hit you, you won't even trip to think so
Cross your heart, double dot your eyes
Yellow tape you, make you a homicide
Stretch you out like a red bind
Halloween, is your dead line, beddy bed time
I zag your zig, I put a fork in the pig
I cock the glock and pop you my nigga, you dig?
I open you up and leave you leaking by the face
And get away ain't got no time to be catching no case
Too slick to sly plus I'm too high
I'm too fly and I do die, I do die
I love to shoot an intruder, I mix the purp with the budda
Love tricking a beotch like the homeboy Luda'
Big Snoopy D-O-Dub, I'ma killa cuz
I'm draped up like a steela of gorilla (dub)
Sacramento knows, pedal to the floo'
Anotha killing for realer, nigga let it go

[Daz]
We on the corner a hundred (deep), blue rag the fuck up
And word on the street they got blast the fuck up
Now it's feuding and shooting and I'm running your life
I'm in it for the stripes, nigga don't fuck up tonight
Bandana, banana-clips, ready to trip
You niggas is assed out, see you better not trip
I see some buster ass niggas at the bus stop out of bound
We bang the gang bang them niggas from The Dogg Pound
Trap 'em rock 'em and stop 'em we mashing
Everytime we see you niggas we clashing
D.P.G down with 24th Street
Sickmade nigga down with them 21st g's
(Motherfucker) Brotha Lynch Hung my motherfucking nigga

[Kurupt]
Listen to me
One for the flame, and two for the trigga
And three of these hollow point teflons nigga
When I came in this motherfucker I had a plan
I'll sock all you motherfuckers where you stand
I'm gang banged out, riders on a mission
You can catch fades, nigga fuck the pistols
Piranhas is loose in the septic tank
We do what you can't, I am what you ain't
Don't even try to provoke me cuz
Looking, smoking, slipping, smoke me cuz
I'll beat your ass on the low so fast
Bang on your homies, spread through your hood
Release these toxins like mustard gas
Scrape the chevrolet, it's all to the good
My nigga Brotha Lynch, Kurupt, Snoop and Daz

[Brotha Lynch Hung]
Nigga this is G block, trust me
Dump on any nigga with the rusty old trusty
Sacramento yes, catch him in the chest
Right by his tour bus left a bloody mess, yes
Pupils none a cuddy left
Coathanga strangled him, aimed at him
He don't know what angle I'm coming from
Tangled him, spiderwebs all over his cranium
(That nigga has spiderwebs all over his cranium, nigga)
Me and Crooked I know, niggas be talking too much
Nigga shut your pie hole, everybody know you do suck
This ain't a reality show, hungry niggas do touch
Mothafuckas two clutch, giving niggas who cuss
I got an army of niggas I'm "Strange" it ain't a rumor
We giving niggas brain tumors, hit 'em with the Luger
I'm doing the rapping and this nigga is the shooter
'Yay got a mask on but nigga he's a shooter
You'll never see his face on a computer
Spiderman Jr. Oklahoma chewmer
Poke a hoe with two cuts
This motherfucker said he about to do what?
Get chewed up, its Dinner And A Mova' (Movie)
Deuce-Four, nigga