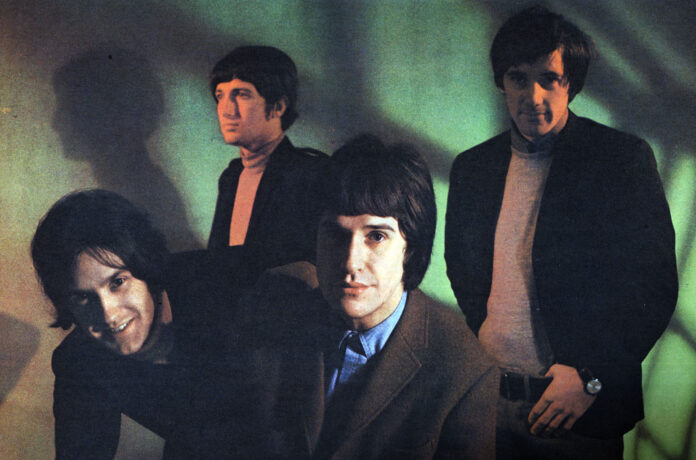 It was clear to everybody in the family that as a cripple I was a complete failure. I did no better at college, actually. I went to the Hornsey College of Art. Hornsey, with the emphasis on horn. But being at Art College in the mid till late sixties was quite an experience. Everything was changing in Britain: fashion, style, art, theater. But the thing I enjoyed most about Art College were the chicks. Exactly. Don't think of me as crumpet man, do you? Do you? But there was one chick in particular. She was in the sculpture department. She was a complete goddess. She was like one of these continental film stars. Her body was shaped like a Gretch country gentleman guitar. But like a Gretch country gentleman, she was too expensive for me.
But ev'ry night I persevered. I carried her easel up the stairs to her bedsit. All these stairs to this attic apartment. But once I was inside her bedsit I'd sit down and talk to her about politics, art, literature, ...revolution! The usual crap, do you know what I mean? And this girl would lean against the refrigerator, sip her cocoa and stare at me as if to say "You can talk all the bullshit you want. You ain't gonna get anywhere with me". And she was right, so I like to dedicate this next piece to that wonderful prick-teaser of my youth.

lines on our faces – HONNE Testo con traduzione in italiano