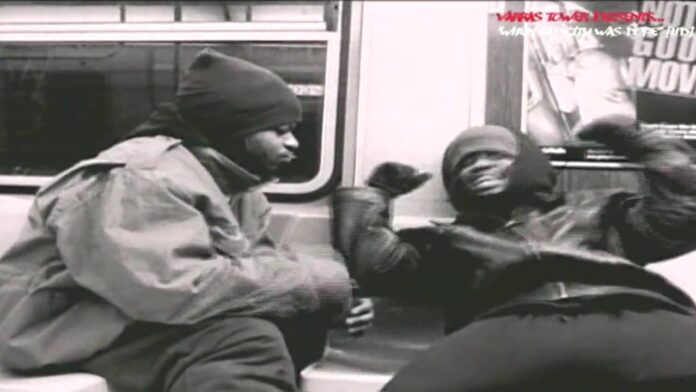 Shippity bop, well hot diggity, where's the iggity? The bum siggity
Niggas wanna know but check the flow my little chickadee
I'm comin with the Books and kid it looks like it's a winner
Ya better get'cha plate because I'm servin raps for dinner
See I freak it from the sewer plus I'm quick to do ya posse
I swoop in on the loop just like I was a kamikaze
See they thought I lost my spot so they went and got real comfy
So now I gotta hit 'em hard and Bogart, like Humphrey
Ya hypocrite, I'm rippin' it because I'm flyer
You're phony, full of bologna like Oscar Mayer
See I attack a pack of rappers just for practice
I bust my tactics, I'm sharper than a fucking cactus

(Set it off!) One two (Set it off!)
Yo it's the Books in reverse, the next kid up sendin a big-up to my borough
I'm thorough, bred-ed in the ghetto from a teenie bop
Takin' lessons, sweatin' niggas on graffiti rock
And now the slang bringer bring a thing of interpretations
My nerves is achin', see I'm sick of niggas perpetratin'
But can't see this, I'm screamin' on their records like Beavis
Or Butthead, I bust heads like Amy
Fisher, it's a, pisser, hit you like an accident
And if I'm in your town you might peep me at the Radisson
Or splatterin', batterin' crews for lip chatterin'
It ain't nothing new, that's how we do, my crew is back again

(And yo I still wanna rap)
Well here I go again, so check the flow again, try not to bite
I'll fake a nigga with my left and then I sting him with my right
I'm outta sight, look how I do it, ya blew it if you dissed a
Nigga on the microphone cause I can bone your sister
Word is bond, I'm on some new shit, do shit like this
Grab the piece of steel and shoot the gift like Kris
Kringle, bust my jingle, don't it make ya shiver?
Give a nigga what he needs so he can bleed when I deliver
A microphone check, what the heck?
I threw that in because I used to catch wreck
With it, that's the time I "hack-thoo" spit it
For Christ's sakes I meant it, hit the brakes and you skidded
You shitted, my style you bit it, but y'all can keep that
Cause now I'm on some other type of flow and best believe that

Yeah and all that, small cat, my format's deranged
Honey I'm back to run things cause some things just never change, punk!
So if you're drunk, I'll freak the funk until you're sober
But still be gettin' chills when niggas play "The Bridge is Over"
Kickin the flam yo it's the man, tick tock, I jam like gridlock
My style is fender-bendin', sendin' rappers to the pit stop
Good Lord have mercy, hit reverse, G, if you missed it
And bust my gift of speech cause like the priest, baby I'm twisted
Kid I swing a dome-buster like Bonecrusher Smith
Bust up your lips then puff up a spliff
So yo, who be dat that wanna do me back, just to get
Booby trapped, jack, cause my crew be strapped fat like that

Bust a flavor
Word up uh, yeah, uh, yeah
Check it out