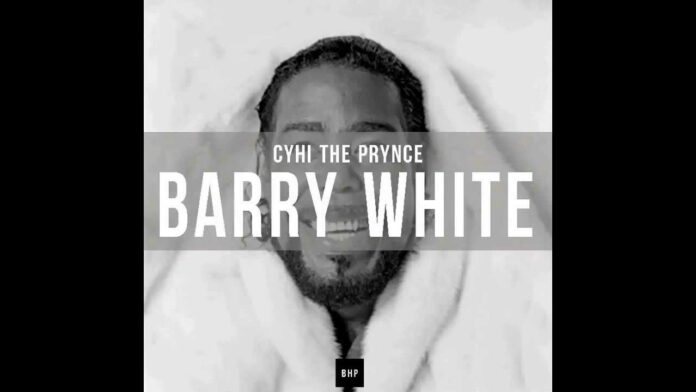 [Intro - Barry White Sample:]
Midnight, seems so nice to me
It's the start of a new day
And there's no place in this world that I'd rather be than right here
With midnight and you
Right on baby
Right on

[Verse 1 - CyHi The Prynce:]
It started round 1976
Back when white folks was the only ones selling bricks
A little mary jane was the most you got arrested with
They hit you with some charges but it really never stick
Back when my daddy was bumping Earth, Wind and Fire
Blowing 'erb from the earth and the wind wants to hit the fire
We wasn't selling them shawty, we was just the buyers
This was back when blacks first started getting hired
Then something perspired in the early 80s
Ronald Reagan introduced us to that perfect lady
If you cook it right it's just like a cooking rice
Now your pockets looking right then you bought your first Mercedes
Now people getting addicted, mamas having early babies
The streets is getting crazy so you bought your first.380
And that's when niggas started dying every night
So go and sell some weed cause nigga this shit can carry life
I'm here to bury white

[Verse 2 - CyHi The Prynce:]
Fast forward 1990 is the year
It started as a hustle, niggas made it a career
Now we fucking bitches, got paper up in here
Niggas killing in the 90s thought the 80s was severe
All them leaders in the hood, they took y'all from us
Fucked around and gave them all football numbers
Like rap shows, niggas was getting booked all summer
Them foes don't give a fuck about ya
Throw that book at yo momma, your honor
Imagine growing up without a father
Section 8 your family always gotta ride the MARTA
Selling drugs was the only way I got a Starter
Jacket, and some Jordans that's what the television taught us
And our daughters
Missing with no amber alert, probably with some little boys
With they hands up her skirt
Her momma dancing, going to work
Even got married twice
Cause the first husband got indicted for that Barry White
That's why I'm here to bury white

[Verse 3 - CyHi The Prynce:]
Now it's the early 2000's and the streets grew violent
From the baking soda and the see-through Pyrex
Mixed with Viola, be careful when you meet new clients
For the love of money they'll creep through silent
All you hear is police blue sirens
He used to play ball, went to a D-II college
Dropped out, met a plug from overseas who's supplying
Whoever thought niggas in the streets knew science?
How we get them bricks if we never own the boat?
They give you more time for hard than for soft
But on the low, the laws were made against us
That's how they Willie Lynched us
Cause we only sold crack, we was never known for coke
They say it ain't over till the fat lady sings
But it's crazy how your own parter can hold a note
Better than Kelly Price just to save his petty life
Instead of giving you Barry Sanders, they gave you Jerry Rice

[Outro - Dave Chappelle Sample:]
Let's sprinkle some crack on him and get outta here

by my side – HONNE Testo con traduzione in italiano