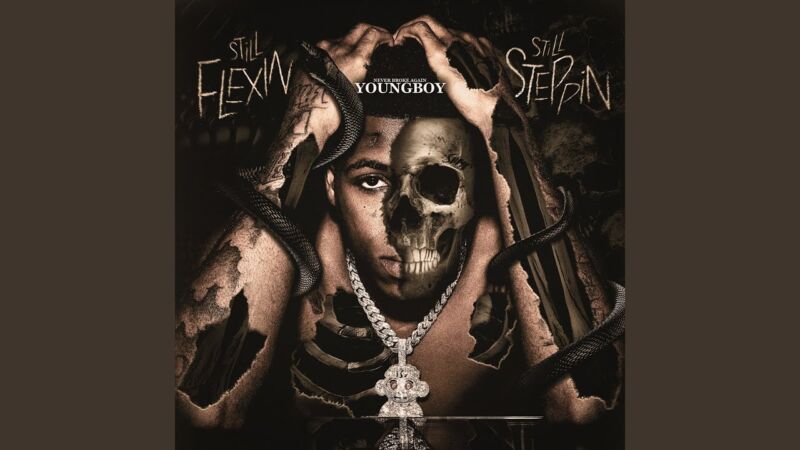 Mommy, India got the beats
How you wan' do it?
I'm a thug, nigga, I came in influenced
And I'm spreadin' it 'til they influence, nigga
But look here, I'ma pop your top

Police pulled me over, I was swervin', smokin' dope
Knew I was finna go, I was clutchin' on a dirty pole
And shawty be on fleek, hair down to her toes
All them bitches froze when I jumped from out from that Rolls (Big Slime, ayy)
Let's go, uh
Baby, call me later, I ain't got no time (I ain't got no time)
I been chasin' money right now (Right now)
Pull up, let that Draco bust at everybody (At everybody)
My youngins suicidal, tryna catch a body (Pow, pow)

Hardbody (Hard)
Get a Xan and pop it, I got money in my pocket
I got thirty in this rocket, nigga, uh, make me pop it
Runnin' from these hoes and they caught me
My life on froze, can't be on the road
But you know that real niggas capitalize off anything
I'm tryna take his soul, we catch him, we blow
All that talkin' out his top is why I'm gon' bust his brain
Feelin' on her body, like, ooh, ooh
If I'm in here doin' too much, then baby, you tell me to stop
Got .223's and Glock 9's and I got AR's
It ain't no flodge, it ain't no cap
I got three straps up this bitch right now
And bust a fuckin' 40 Glock
Finna up and bust your ass, nigga, slime
I just put 'bout fifty racks on top that last nigga mind
Big Rolls Royce or Maybach every time I'm slidin', nigga, bye
I got nine up in this Glock, but I'ma hit your ass with five
I'm like, "Bitch, don't waste my time," no, everybody shine
I got bitches throwin' up 4KTrey, they bangin' for Big Slime
Green flag hangin' on my waist right on side that fire
Like fuck that boy, I zip his ass and I go sit my ass in trial
It's problems, I had a whole city screamin', "Murder she wrote"
I don't just want one, I want all 'em, I'ma kill him
That's my main focus, and after that I'ma zip them other niggas
Jumped out my sleep and grabbed my Glock from off my bed
Deja ask me, "Man, what's wrong?" I said, "I'm paranoid, I'm scared"
She said that I was shakin' while I was sleepin', that's probably why I'm jumpin' like that
I had a dream they got the drop, started bustin' and I shot back
Catch me doin' my dance, Diddy boppin', I'ma wipe 'em, ooh
Choppers poppin', bodies droppin', pussy niggas know
Play, I pop your noggin', police can't stop it, I'ma let you know
You can hide all you want, won't be long until you gone
Murder, we spinnin' in circles
And nigga, I won't stop until I get 'em all gone
Bitch, just hit a nigga nine times with that chrome
Everybody got they time, I still scream, "It ain't long"
Just leave me alone, I don't wanna hurt nobody
I been ridin' with that chrome, police and niggas still won't stop me
I'm still havin' dreams, the devil ride me (He ride me)
They all would leave me today, see what's inside me (See what's inside me)
But I won't show off that side (Let's go)
I just drove that Porsche inside some New Balance, yeah, yeah
I just took a bean, it gave me ape status, yeah, yeah
I just put an eight on 808, let the speakers boom
Nigga, I don't pick and choose, hoes inside of every room

Police pulled me over, I was swervin', smokin' dope
Knew I was finna go, I was clutchin' on a dirty pole
And shawty be on fleek, hair down to her toes (Hair down to her toes)
All them bitches froze when I jumped from out from that Rolls
(I jumped from out that dirt alone)
Let's go, uh
Baby, call me later, I ain't got no time (I ain't got no time, baby)
I been chasin' money right now (Right now)
Pull up, let that Draco bust at everybody (I shoot at everybody)
My youngins suicidal, tryna catch an body (They tryna catch a body)

Ayy, 4KTrey, Northside 38
Ain't nobody safe, we put guns to the face
Bitch ass nigga, who gon' try today? Yeah
I'm still on that same shit, who gon' die today? Nigga
Free my brother out that can, yeah
And I'm still doin' the murder man dance, nigga, yeah
Every time I knock one of you bitches off, old ho ass nigga
Real gangsta, know you been hidin'
I'm outchea