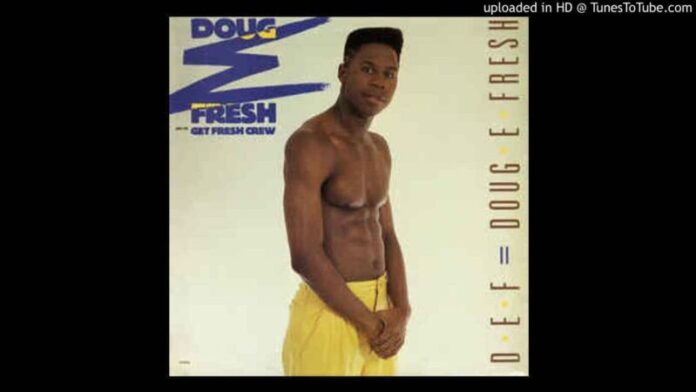 I'm the beat box original
Cool individual
Rockin' for no one, some funds is my residual
Salary, calories in just one rhyme
Would last any even a whole life time
Dictate, conversate, translate, lose weight
From 1987-88
And the years to come
The bass will still be dumb
And bounce
Sellin' DEF rhymes by the ounce
And if you ain't wit it it's the thought that counts

[Chorus:]
Cause they call me Doug E. Fresh
Cause known I'm DEF and the initials of my name is D.E.F.
Know what I'm sayin'
I ain't playin'

Standing outside in the front of the place
Eyes hypnotized by the sound of the bass
Kickin' it wicked I wonder who it is performing
Cops barricade so the crowd won't storm in
I'm in the middle of this and and I'm left unknowin
Standing and plannin' if the groups not showin up
But the tension of the crowd is growin up
Out of adolescence to a full size problem
And if I have problems I solve them and they,and they