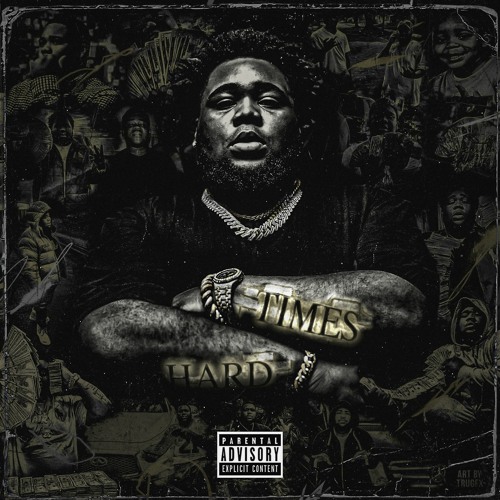 It just seem like you real angry
You know why I'm mad? Let me tell you why I'm mad
I'm mad because, everybody on these records lyin'
Everybody lyin', everybody's this big D-boy (Pipe that shit up TnT)
Everybody be hardcore gangster, everybody gon' do this to each other when they see each other
And the truth be told, we too blessed and be having too much money in this rap game to be going to war with each other

Hold up, I got a lil' more in me 'fore you say I'm finished
Before you judge me, take a minute, go to the beginning
When we was grinding, I was minding my own fucking business
Now all these niggas think it's straight to go state they opinion
Kicked out the house, bitch, I was grinding, savin' every penny
Kicked out the house, I had my own house that same December
Ain't do no hatin', I was waiting patiently to get it
Used to let my cousin use the kitchen, cook a half a chicken
That's a half a block, he cut a thousand rocks in thirty minutes
Now that I'm straight it's like they hate to see a nigga winnin'
I just did XXL, me and my nigga Jigga
Didn't want to do it, but I did it, had to rep the city
Go ask the city who the best that ever fuckin' did it
And when you ask 'em, try to ask 'em for to be realistic
Now that I'm up, they try they hardest just to break a nigga
Say what you want, but on my soul, I ain't changing, nigga
Can't shake the hood 'cause Hollywood nothin' like where I'm from
Still love the hood, but they hate it when that cheddar come
"Rod crashed the 'Vette" but he came back in a better one
"Rod fixed the 'Vette," nah dawg, this shit a second one
Nah dawg, this shit a second one
Naw dawg, this shit was next to come
And between me and you, I never thought that I could take it this far
I still be thanking God that I made it this far

Come on, man, at the end of these records we listen to
We don't get nothing out of 'em no more, man
We don't get no social commentary
We ain't get no kinda knowledge out these records
Everybody just talking 'bout how many chains they got on, and how much dope they sold
But the truth of the matter is this, I don't believe you
'Cause I know you do not, I know you didn't sell no dope

And don't you ever get it twisted
Youngin' come straight from out the trenches
If you can't feel my pain (My pain)
Well, this ain't for you anyways

Ayy, nah, for real tho
Ayy, listen, man
All of my street niggas, all the people goin' through struggles, man
Ayy, fuck that man, man it ain't change, don't give a fuck who don't like it, man
Log off, man, sign out, man, unfollow, man
If it ain't for ya, it ain't for ya
Whether it's relationship problems, street problems, other problems
Man, who else, you heard me?
'Cause ninety-eight percent of these dudes is cowards
Who else got us, man, we up one
For real, I promise, ain't gon' never change
You know what I'm sayin'? It is what it is
If you don't like it, fuck it

Yeah, man, and all my niggas, man
Ayy, and if you can't feel it, man, we can't tell you
It ain't for ya, man
This right here for all the people, man
I represent struggle, man, hard times, man, for sure, man
For real man, nigga, I sold dope, man, nigga, I broke into houses
Nigga, I done worked a nine-to-five, man
Show me the obstacles to get 'round here, man, I'ma represent
Man, fo' sho', we up one, baby, I got us
You know what I'm talkin' 'bout
Nigga, bottom boy survivor
Nigga survived where a lotta niggas couldn't, man, for real