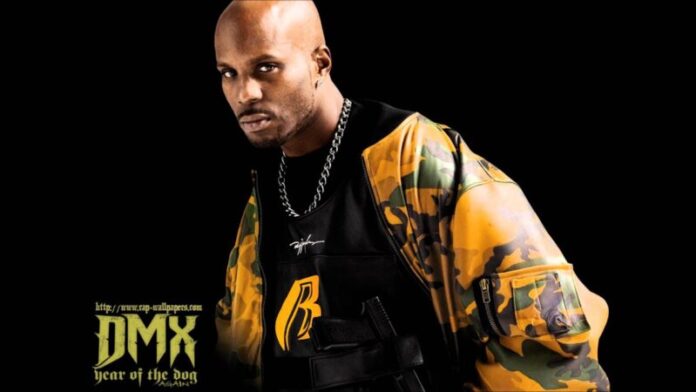 [DMX]
Aiyyo I got a mean flow that'll drown niggaz, put down niggaz
Can't stand to be around niggaz if they clown niggaz
How many times must I break the same niggaz off somethin dumb
so we know, where the fuck I'm comin from?
Gun and ones, watch a black nigga turn purple
with this fo'-pound, I bust mo' rounds, in the circle
The nigga that try is the same nigga that fry
So whenever there's a beef gets in the way that he die
I'm Evil, like Keneival, faggot I'll leave you
like I shoulda did your peoples before they could conceive you
How's a buck-fifty sound, for a quick ass cut?
Here's a flasback, I fuckin blow your bitch-ass up
And it's no problem, handlin a nigga with a death wish
Leave him breatheless, and hit his wife with a dead fish
Must I show this nigga, I can throw this nigga, I'll blow this nigga
You can get it too, because your nose is bigger

[DMX]
I get pumped, just like a bodybuilder
And it's been more than a couple of times my pump shottie spilt a
nigga's guts on the door, because he wanted more
than he could stand, now him and his man is on the floor
That's what you get for talkin shit you shouldn'ta got me started
You motherfuckers never wanted nuttin, but you got it
I shit on niggaz like a toilet, cause all it, takes
is a second for ? to get hectic so call it
How you want it? Punk bitch talkin junk bitch
Fuck around and you'll be found in a trunk bitch
Niggaz is off-brand like no frills
And I got mo' skills to show my fo' kills, my fuckin fo' thrills
Got some cold shit, have you like - "Oh shit!" Don't laugh money
When I'm done with this nigga, I'm gettin in yo' shit
Break niggaz, especially fake niggaz over dumb shit
with one hit, watch the dum-dum split this bum's shit

[DMX]
Fuckin see some cats thinkin the worst
Dumb cats, them cats sleep in a hearse
Where yo' guns at? Run that, see a nigga thirst
Been there, done that, and did it first
Nigga can't tell me shit about this
And I keep somethin that'll hit if I miss
One thing a nigga stay with is hot shit
Got this, what you cats want? Not this
I constantly gots to remind young niggaz
Uh-uhh, don't do that, some niggaz
think cause I ain't killed a nigga this week
that shit is sweet
Fuck around, you'll be dead in the street
Red with a sheet, over the corpse
Shit is deep, so I shed a tear, over the loss
If you creep, then you niggaz'll roll with the force
Shoulda paid that money that you owed to the boss

[DMX]
Uh-huh
Don't do it dog, it's just not worth it
Please heh, for your sake, hehehe
Y'know? C'mon!