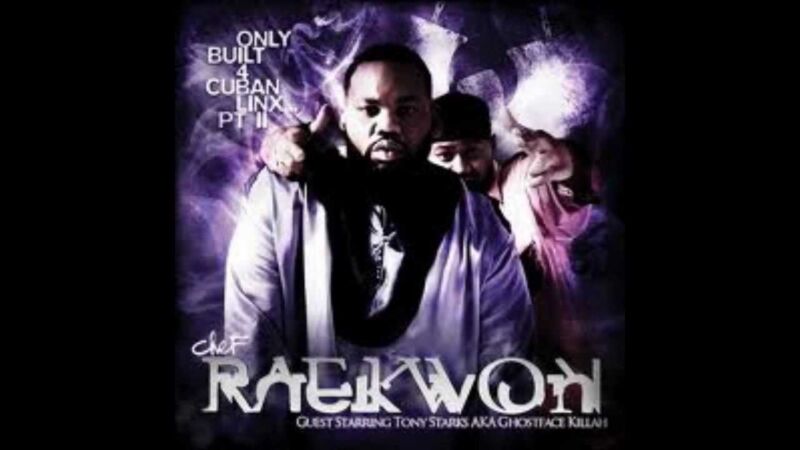 [Intro: Raekwon]
One-two (you got that?) Yeah, yeah (official)
Let's go, silent king, (oh shit) the big park shit
You know how it go, in them alleys (I'm a holla at you though) aiyo

[Raekwon:]
Since rap got locked right before we visit the '90's
Chef in the kitchen, cooking up with the crimey's
It's late for a dime season, we bought the crib
Next to Bill Clinton mother, cause she fuck with the Chinese
They hitting niggas with heroin, it's fourteen of us with beemers
We won't stop pitching the Chevron
It's packed, kid, black kid, don't know how to act
They flashing macks, Gillette's, a couple of stacks, yo
The systems is 'oopid', yup, shorty with the pumps on
And dunks get provided and scooped, kid
And bloodhounds is hating, they knowing how the kid get down
Silent shotties with grenades, I'm waiting
And everybody love vintage, you see like 4, 5 niggas
With half moons and wave intentions (ooooh)
What's really good? The 'dro hit 'em, killed 'em in the hotel
Heard he had some old chick with him

[Chorus: Raekwon]
That's how we make it happen, that's how we break it down
Hood all day, nigga, watch how we take the town
That's why we do the do, just know who is who
Acknowledge me all day, and understand Wu is Wu

[Ghostface Killah:]
Yo, but on the other side of town it's Toney, laid up
This white chick wanna gargle my nuts
I put the Bailey's down, tap the blunt out, grabbed her by her hair
Watch blondie love whip my dick out
Spit dripping down my balls, she slobbing me
That's right, suck that dick, get it hard for me
Pyrex in one hand, large amount of grams and it rocked up
And she pregnant, my little man got her knocked up
He popped up (oh shit), I'm like a crooked cop
Richard Gere, big smirk on, getting my cock sucked
He pulled the joint out, a bullet spun out, but it was too late
Already nutted on the side of her mouth
Side of her face, and hair like Something About Mary
I can't front, my son gun look scary, chill
She's a whore, you knew it from the time we ran trains on her
And you still went and fucked her raw
Come on, son, give me the gun, you gon' kill me over this
Bum ass bitch, you can't resist
Remember Vel had her in the telly, taking the fist
Watch how you aiming that shit, you should be aiming at Trish
She take a bone like a rib-eye steak, your loose Christ'
Yo, be easy on the trigger, son, you squeezing the fifth
I only did it just to show you, she's the easiest bitch
He came close, had to duff him, nigga, give me that shit

[Outro: Ghostface Killah]
Fuck a gun, muthafucka, I dare
Pull a fucking gun on me again, nigga
I blow your little balls off
Go to store and get me a fucking forty
Before I smack the shit out you, man
Word up, while you at it, yo
Go in the freezer, get a steak, man
For your eye, nigga, word up
Put some bologna on your face or something, nigga
Make sure my forty cold too, when you bring it back
When you get back, bag the shit up, nigga
Word up, I don't give a fuck if you 25, nigga
You my son, nigga, word up, that's why I let you slide, nigga
Word, get you a forty too, and a pacifier, nigga
And a bib and a diaper...