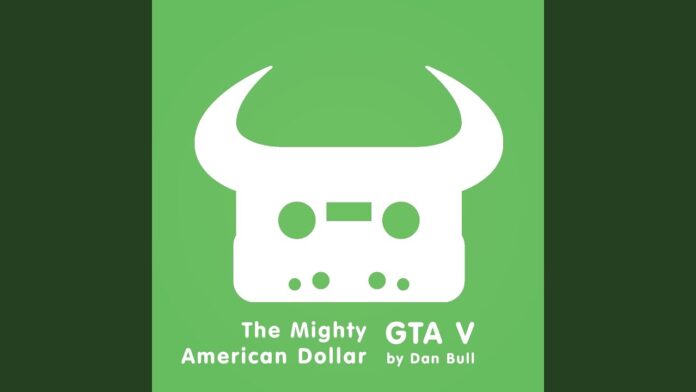 [Verse 1:]
My name is Michael, landed and titled
Think of a crime, and it probably was my fault
But now I cleaned up my act, call me Lysol
I used to pull off heists then I got out of the cycle
I wasn't stopping 'til I got the bills
For a property in Rockford Hills
But now I rock the mils and the mansion
Looking for the answers at the bottom of a bottle
As I pop the pills, for reals, I live a life of luxury
But trust me, I'm the man it sucks to be
Look and see, my family's dysfunctional
Sometimes I feel like I really want to punch them all
My son's a ball of blubber, about as awful as my daughter
Or her mother, Or her mother's other lover
Motherfucker, suffering a midlife crisis
But have you seen how ridiculous my wife is?
You shouldn't be surprised what the mind of a man does
To hide from the madness of Amanda's
Even my analyst is struggling to handle this
So it's about time I went back to being the protagonist

[Hook x2:]
There's only one philosophy I follow
And that's the mighty American dollar

[Verse 2:]
They call me Franklin, I'm all about the Benjamins
I spend on anything that's got a revving engine in
I never had a family, except my gang and me
I was educated at the Hard Knock Academy
But gang banging was an absolute calamity
They handcuffed and chucked me in the slammer, it was agony
Now I'm free, being a repo man is my reality
But on this salary I can't afford a calorie
And as I can't gather enough food to eat
From Vespucci Beach, then I might resort to felony
Felling an enemy or anyone offending me
Befriending people who inevitably will depend on me
But if I end up in a feud with Lamar
I'll lick off his top, like a Cuban cigar
I'm the dude with the car, a superstar
In a street fight I'll pull off a hadouken (Rah!)
You might find me in the strip club, bruh
But I didn't come to get my dick sucked, nah
I'm a hip hop star, Blood? Crip? Not moi
I'm the top dog, sit, Chop, ha!
It's like this, it's like this, look

[Verse 3:]
My name is Trevor
I live inside a trailer in the desert
Where I blaze the crystal method
This unhygienic lifestyle only takes a little effort
But the cash I had I've gone and wasted it, I'm reckless
I haven't got a pound to my name
So it's time to get out of the county of Blaine
I used to fly a plane, now I just fry my brain
Howling at the Moon, you can assume that I'm insane
Like my neighbour Ron, I don't know what page he's on
Paranoid conspiracies, I really believe his brain is gone
Any plan I make, something has to spoil it
I can't fit this fucking foot down the toilet
I've got a penchant for throttling a pensioner
Then grabbing a can of petrol and notching up the temperature
I've got a nervous twitch that's quite violent
So I'm doing suicidal stunts in my Y-fronts
I fell out with Michael, we never quite saw
Eyeball to eyeball, but now it's time for
Us to reunite, grab the shotties and the rifles
And set the town alight in a giant fireball

[Verse 4:]
The three of us are so grand thefting
The best in the biz no damn question
Man it's sexy, straddling a jet ski
Ramming it at jet speed, get me?
What you doing in our neck of the woods?
You best be checking the HUD cause in a second your blood
Will be flecking the mud when we bust you by the lip
Take all your money and then customise a whip
How can we justify this shit? We must be kind of sick
That's why we keep the piece that's the most trusty by the hip
So pull the map out while we pull the strap out
Pow pow 'til the po-po go and black out
Dropping from the chopper then we grab a couple hostages
We're hot, dog – sausages
We trade stocks and cribs, take shots at pricks
Bury their heads in the dirt – ostriches
The unholy trinity in your vicinity
Sinning with a seriously symbiotic synergy
We're the three similarly sinister Gs
Each sending the cinema screen into the cemetery
Cynically, with no sympathy seen
So simmer down and listen to this symphony please
To put it simply, police are just some pimply sleazes
We'll pimp as we please and so we send them to sleep, yes!

[Hook x2:]
There's only one philosophy we follow
And that's the mighty American dollar