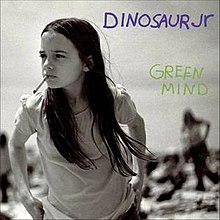 I picture things a certain way.
Then go back to it another day.
The green mind said it's okay...
Cause you know where they're gonna be.
All's you have to do is come with me.
It's cool, they're probably asleep.

On the outside,
that's where they always hide.
Come to my side
and I'll introduce you to...
some of their kind.
I know you've always tried.
And now it's your time to take in their point of view,
though it's nothing new.

I been bouncin' off the wall,
I can't handle them for long.
They're cool, but I need you...
On a certain level I think they're great,
but on another I can't relate...
to anything they do.

On the outside,
might be with them tonight.
Unless you decide to come n' I'll check out you.
Hangin' heavy such a routine,
I've just begun to forget
why I seldom try to break out of their scene.
And now I gotta work on you,
so the frogs will hang and they'll always be hangin'...
Now we're here, what do we do?

I've been sortin' through the pros,
and cons of your eyes, farewell toads.
Can't you help move it along?
I been pickin' through my thoughts,
it's a shame my judgement rots...
and I sure feel rotten long...

I been pickin' through my thoughts,
it's a shame my judgement rots...
and I sure feel rotten long...
It's a call that's tough to make.
It could be a big mistake.
Can't you help move it along?
If I keep stewin' 'bout how I feel,
eventually you'll split,
then I won't have to deal.(Sounds like a plan)
But it's kind of lame to let it slide,
knowin' either way I haven't tried.
Can't figure out where it all stands...
In a green mind...