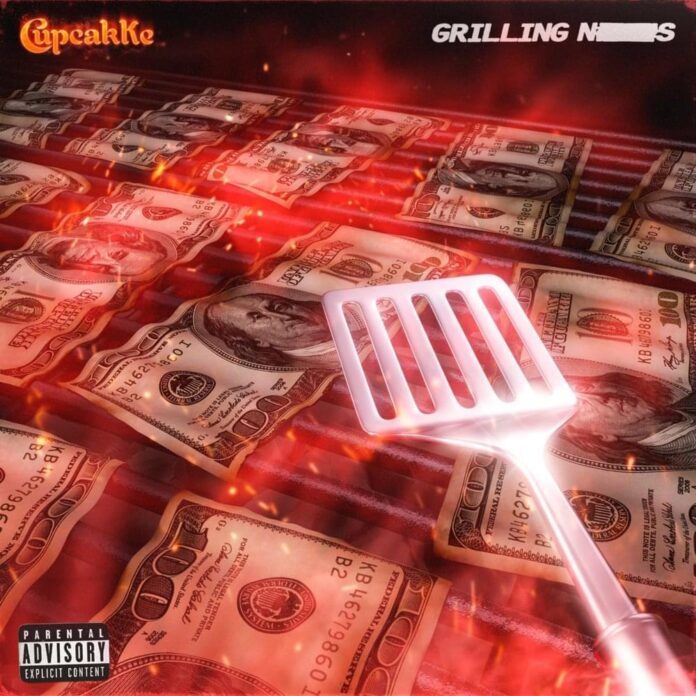 You bitches ugly and dusty and none of y'all matter
Money all on me I'm feeling real flatter
Walk in this bitch, straight drippin' like I was tryna get to the toilet but I couldn't hold bladder
First class only when I'm not on the jet
All the white folks keep breakin' they neck
They tryna see if I'm blacker than thread but I'm covered in green, they like "Look it's Shrek!"
Bankteller sayin' my shit froze (How?)
Pockets thick as hell like Lizzo (Wow)
Movin' the beat like [?] (Damn)
If you piss me off it's a shit show
'Cause imma do some shit that you can't believe
Smack a bitch into Christmas Eve (Uh-huh)
When I fight I do not pull weave
Only thing I'm pullin' out is teeth
I'm wake the verse I'm not gentle
That mean I'm killing bitches with the pencil (Oh wow)
Shawty better check my credentials, only time I'm getting crossed is at the temple
I'm a whole catch, come fetch me
I'm a drop out so don't test me (Don't do it)
You got passed around to his bestie, that pussy burnin' niggas like Pepsi
Imma invest, I bet you'd never catch me waitin' on a man to flip a quarter (I get it on my own)
Niggas so thirsty, fuck me if I told 'em to, they'd probably drink Flint water
But they can't afford her, I'm up in Georgia, next week Florida, cross the border
Then Aurora, such an explorer, I done been everywhere up on the map like Dora
Max out the card then I reload it back
Spent ten thousand when I walked in Saks
Body gettin' snatched like a brazillian wax
They hate me cause I got what they lack
So they gon' stare, say what you want I don't care
Bought new jeans I don't wear, cause the ass too fat it's gon' tear if it's on there
I told him, "back the fuck up"
I'm already on, somebody finna get touched
Bitches talk but they don't ever do much
I'm grilling niggas 'til they teeth get brushed
Snatched a couple niggas chains in the past they ain't ever come around twice
But if they do, like a cold juice, niggas know to keep it light on the ice
I'm with the gang with it, I bang with it
"Foo foo foo," good aim with it
Yeah, I wipe a nigga nose with it
I'm shooting shit like cold with it (Bddah)
Niggas know I'm untouchable, niggas trippin' no Lunchable
And I ain't gotta twerk on "the Gram" for a nigga to think that I'm fuckable (Not at all)
I'm always in Dolce & Gabbana (Uh huh)
Everytime I touch down in Bahamas (Uh huh)
I swear to god I don't be caring (Uh huh)
My first name should've been Donna (Uh huh)
I'm just tryna run up some commas (Uh huh)
So you can miss me with the drama (What up?)
And the way that I'm fuckin' these niggas up, I might as well get me a condom
Hoes wanna wake up, do makeup, and don't even know how they look when they baked (Ugly as hell)
Face be lookin' like a bunch of mashed potatoes gettin' smashed on a plate (Hahahaha)
These rap bitches suck and I don't give a fuck about none of the music they make
As long as they watchin' they tone and I'm not talkin' 'bout gettin' tan on a lake
And I swear to god these niggas crazy
Be doin' the most to date me (Get the fuck back)
Be beatin' niggas out they pants
But I still won't call 'em the baby
Nigga took me on a date then ask me to pay shoulda saw my face when I went in purse
But on the way out, since he act like a bitch, I opened the door for him, ladies first
I'on got time for it, even if they watch said Tom Ford
Bitch yo' hair ain't full enough
Add another track like an encore
These hoes swear they don't play games
Well then I'm sorry bro, but your hoes need to learn how to level up
Lil' hoes need to play Mario
I run this shit like cardio
I tell who to conquer tho
Gimme my part 'for I rob for more
Runnin' through your crib like the Maury show (Hahahaha)
Look, nigga better be charge and go
Having soul, flying up in Baltimore
Moral of the story, these niggas pussy and I guess I'm the reason why they water broke
Gang shit, bitch