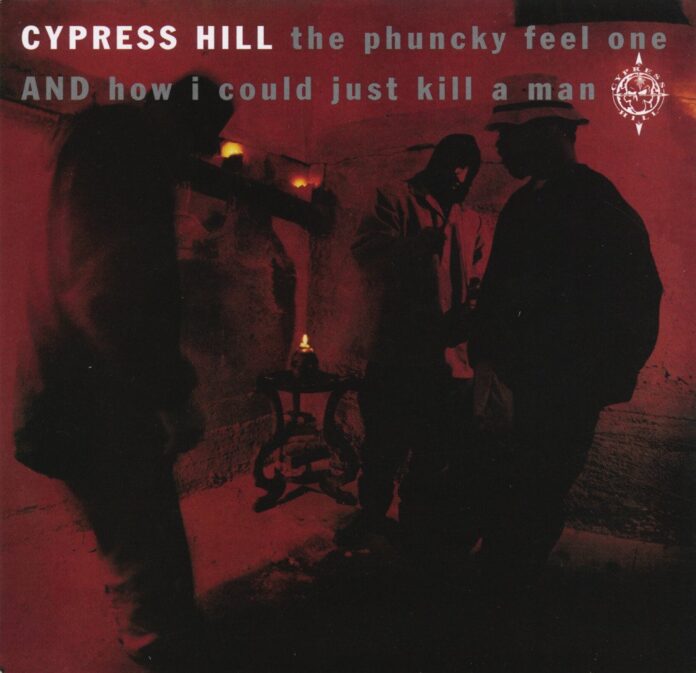 It's another one of them ol' funky Cypress Hill things
YouknowhatI'msayin?
And it goes like thisss...

[Verse One: Be Real]

I been doin' all the dumb shit,
yo, because I bet it's comin' from it
I'm not gonna waste no time,
fuckin' around like I got ya hummin
Hummin'... comin' at cha...
And you know I had to gat ya.

Time for some action, just a fraction of friction
I got the clearance to run the interference
into your sattelite, shinin a battle light,
swing out the gat, and I know that will gat ya right.
Here's an example, just a little sample.
How I could just kill a man!
One-time tried to come in my home,
take my chrome, I said "Yo, it's on.
Take cover son, or you're ass-out.
How you like my chrome?", then I watched the rookie pass out.
Didn't have to blast him, but I did anyway...
Hahaha... that young punk had to pay.
So I just killed a man!

It's gonna be a long time before I finish
one of the many missions that I have to establish
To light my spliff, ignite ya with these sights
and if you ain't down: bullshit!
Say some punk try to get you for your auto,
Would you call the one-time, play the role model?
No, I think you play like a thug
Next hear the shot of a magnum slug
Hummin', comin' at cha
yeah ya know I'm gonna gat ya
How you know where I'm at when you haven't been where I've been,
understand where I'm coming from.
When you're up on the hill, in your big home
I'm out here, risking my dome.
Just for a bucket, or a fast ducat
just to stay alive, aiyyo I gotta say "fuck it".
[Be-Real] Here is something you can't understand
[Sen Dog] How I could just kill a man

All I wanted was a Pepsi