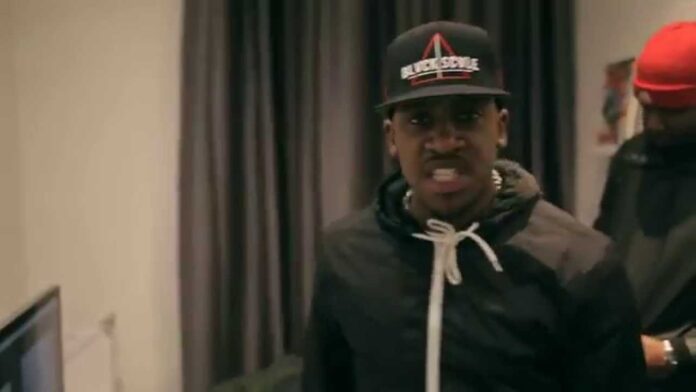 I was living in shadows; nobody would listen, nobody would check my tracks
Now I'm going on rago', putting Manny on the map and I still make money in the trap
And I'm on a next level
They can't play this game, them man better feel my pain
Cause you looking at a rebel
I got expelled from school and I'm still acting a damn fool
Now I'm a criminal
I make money on the road, money in the hot, money in the cold
And I used to pedal in the blistering cold
Now the struggle is a myth to me bro
They sent to jail
I just put on a size, got out and took what's mine
I turn into the Devil
I just lose my mind, make man turn legally blind
You better be careful causing I'm going on sick; all you hear is a bang and a click
That's if it jams, man starts going on [?] and start gun-butting-up man
I'm like Robin De Niro in Goodfellas
I make bare man get jealous
Them man can't fuck with us, I hit man 8x times in a seconds like I was an octopus
I just settle, I've come to climb to the top, I don't care if the roads get hot
I 'm wearing a stolen watch cause I lost mine when I hit man with a big left hook
Trust me (whip sound effect), get over here (Whoopie)
When will it stop?
I am the wickedest ting since 2Pac; I just pray I don't get hit by the cops
I used to sit and watch Top Of The Pops, till about 6 and then I'll sneak out
And when my mum would pull off that duvet and see bare pillows she'd freak out
But I'll be about on a BMX
2005 On a moongoose flex
Holding a knife, already vex'
You might as well go buy a stab proof vest

Cause I'm like Wolverine, the way I pull out the blade and put three holes in his chest
I don't watch none of these MC's anymore, cause I've never ever been impressed
Never seen anyone of them as a threat
They're just copying Skeppy and Ghetts
I'm the original Bugzy Malone
Fuck the film, I spell mine with a 'Z'
Fuck the body, cause I aim for the head
And fuck anybody who talks to the feds
And fuck them Nigga's that tried with me as a kid, cause I swear they're already dead
Save me a job, now I can sleep at night
I was an insomniac no lie
I'd have dreams they'll would run up in the crib and I'll get shot 5x times
Swear down, it's deep
And I'm a wolf that doesn't like sheep
Fuck anyone that doesn't like me
If you're not on my line you're not in my league
I'm not talking about girls when I say I'll come a make the pum pum bleed
All over his Huaraches and jeans
Come, take the car keys and breeze

A red nose pit' couldn't bark like me
And them man can't compete, I've been about since 2003