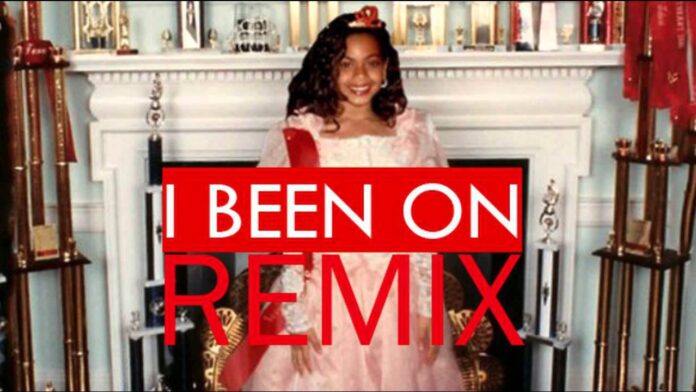 [Intro: Lil Keke]
Yeah
H-Town all stars in the building, that’s right
Lil Keke the don, yes
Check it out

[Verse 1: Lil Keke]
Seven-thirteen homey, I been on
Yeah we been here and y’all sho been gone
Screwed up captain, still repping the south
And can’t none of y’all cut me off, I’m alive
Make ‘em southside, cause that’s Texas pride
Pimp C got me swangin’ it wide, so be quiet
Bey still repping it right for H-Town
Don Keke’s draped up, chopped and screwed down

[Verse 2: Slim Thug]
I’ve been on, I’ve been on
Since back when I had braids on my dome
Underground king, sitting on my throne
Me and Bey done did number one songs
Riding candy and chrome, this Texas
Could buy a Bentley cash with this necklace
This H-Town, we drive reckless
We make ‘em bow down, they gon’ respect us

[Verse 3: Willie D]
I am Houston, rep it hard
Cup with R, candy cars
Geto Boys, Willie D
You’re plexing with Bey, you’re plexing with me
These dudes in the streets, be acting [?]
But go to the pen, and be playing with them boys
They are not me, they’re carbon copies
If God got me, who gon’ stop me

[Verse 4: Scarface]
I been on, now who you goons gon’ get to knock me off
I’ve been boss, been on slabs, been on paint
Been on fours homey, I’ve been on drapes, I’ve been half-baked
Twenty-five years and ain’t fell off yet cause my flow that wet
You don’t want no plex, they talk that sh-
The Queen Bey said you better bow down, bow down

[Verse 5: Z-Ro]
On, I could never be off
Hit the boulevard so hard, it’d never be soft
Yellow bone so long, looking like they reach out
Set of diamonds and gold in damn near each mouth
They call it Styrofoam City Houston, Texas to be exact
Swangas on anything, it ain’t gotta be a Lac
If I say I got sixteen, it ain’t gotta be a wrap
All them d-boys in them traps, they gotta feel that

[Verse 6: Bun B]
We the big ballers and big bodies in fresh foreigners
Fresh up off the road from hustling and rap touring
While you sleeping and snoring we creeping and pouring
Baddiebey and the Bun, baby, you can’t ignore ‘em
Represent from Port Arthur, get it right off the water
How you want it harder, South, put in your order
Never the hesitators, shaking off all the haters
Ridin’ for Pimp, Screw and all the Lone Star Staters, hol’ up

[Outro: Beyoncé]
I remember my baby hair with my dookie braids
Frenchy’s, Boudin in the parking lot
Shout out to Willie D
I was in that Willie D video when I was about fourteen, looking crazy
Shout out Pimp C
You know we used to sneak and listen to that UGK
Didn’t do your girl but your sister was alright, damn
In ya homeboy’s Caddy last night man, haha
Hold up, Texas trill
H-Town going down, man