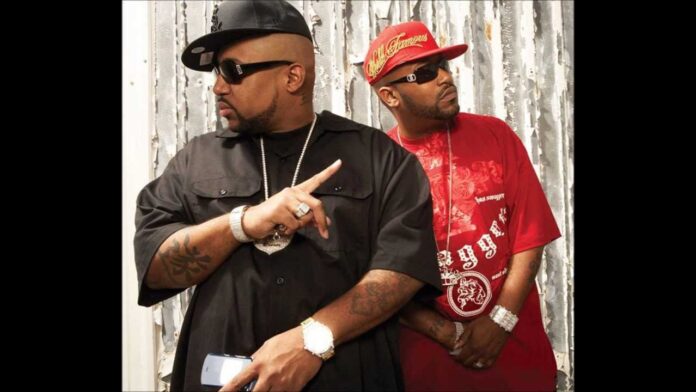 Il Testo della della canzone Di: If It Was Up II Me – Bun-B

I hear we livin in the last days it's revelation and you best get right with God or else hell is waitin the world is conin to an end
everyday it's a storm or a flood or tsunami this shit aint the norm we got Katrina and Rita
minds keep collapsing wit tha fires and mud slides I'm like what's happnin?
Got the kids in the school getting raped and molested Underfunded under protected no wonder they tested
in the lowest damn percentage rate
and my city damn near the lowest in the state you can equate that to the state funds that aint breakin down right rich districts get more and poor ones get less and that jus don't sound right
so im finna pound right on the doors of my city hall
and kick them hos down
they killin' my city yall we need to get my people back to where they should be
and since nobody else gon do it it's gon have to be me

First of all the projects is fucked up and it ain't jus with the drugs we got more problems than the dealers and thugs.
They usein lead base paint and asbestos is killin us we tell them to fix it up but jus aint feelin us.
They'd rather kick us out and tear it down to the ground, so they can put up a parking lot a mall or some condos.
Condemn the whole place cuz a few sell crack shit the rest aint do nothing wrong
what the fucks up with that? They say that one rotten apple can spoil the whole bunch
but we talkin bout some people not apples this aint lunch. Make me wanna punch a politician dead in his face.
You say you represent my district, get yo ass on the case.
"Development is good for the hood," yea that's what you tellin us but bitch you on the payroll of the builders and developers.
Fuck what you seellin us pipe dreams fa suckers, you can take that round the corner to them other motherfuckers

So much youth they sacrifice just to live in paradise play they tricks and tell they lies (I know)
it's said to see how they treat the poor have so much and still want more I see my people every day on the floor
It's time to educate the people mayne free school and college so everybody cross the board can get the same knowledge.
Education leads to jobs and jobs kill poverty and no more poverty means we makein money obviously.
Everybody gettin money, everybody smilin. Motherfucker's aint eatin them motherfuckersf wildin.
Matter fact speakin of eatin lets feed the homeless in America let these other folks handle they own shit.
How imma clean your house and mine still dirty? How imam feed yo kids while mine sit thirsty?
And speakin of the kids we need to spend more time wit em. Can't turn them loose in the streets cuz they dyin in em.
And all this naked head sex man you trippin fuck love im lovein life you aint gon catch ya boi slippin.
You say ya boi trippin im jus keepin it G, cuz you can see how good the world would be if it was up to me

Something To Rap About – Freddie Gibbs e Tyler Feat...