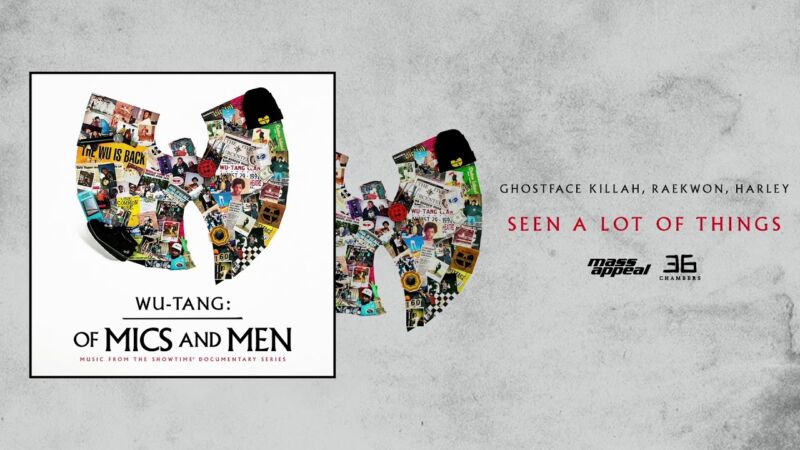 [Intro: Raekwon]
When I write my lyrics, it's like, it's like
I want my shit to be phat, I want people to be able to understand
Yo, Anybody can rhyme, youknowhatimsaying
But it's what you saying that makes a person know about you
Knowhatimsaying, you know the type of person you is
So it's like really, I'm just more of just
Being a street narrator (aiyo, what up, famo?)

[Raekwon:]
Reefer lit, love hip hop, the gangstas got me like the broccoli
Brooklyn baby cooling at a swat meet
Real niggas wanna meet me, ladies wanna eat me
Money clean Mercedes claim, baby, beat me
Love getting dressed up, sweats and techs
Ride around the hood, good, getting Gotti respect
Hand is golden, an OG rolling and holding, yo
Fresh kicks, soft leather, pockets is swollen
Let my jam hit your tape deck, it's straight up, and made up
For every real nigga with his gun on him, hate up
Flying through the city nights, new flights
Blue ice, hundred thousand in a Nike bag, license
Drug shop, I'm sorry, Atari in the Ferrari
Next see the Lex A Shallah, La Tam'pa
Eating yo, all of us, scamma gangstas
You know we honor, tip the kangol, cooling in the brown vengos

[kung fu sample]
I have never, giving up on a mission
That's against my honor

[Lil' Fame:]
Duke let me warn you, my niggas crip up
Them young boys'll run up on you, shoot your whip up
Brooklyn, nigga, beg for you life
And my Staten Island homeys lay your ass down on Glaciers of Ice
Sidewalk executives, live the street life consecutive
We built for this, go for your gun
My prospective is, another day in the life, of money and drugs
Big hammers and slugs, can get ugly as fuck

[Billy Danze:]
From the chest to your man Danze, ey
Staten Island, said what up, yo, ey
The homey ODB said what up, though, ey
We got the Chef on deck as if you didn't know
It's sharp as fuck, Wu, that's what up
Pack it up, wanna rap, wanna rock, what up?
Wanna pop, get up, fuck around and get your block hit up
Bring your team and we'll box 'em up
Think M.O.P. is not what up

[Kool G. Rap:]
See from the side where it slum at, dum at, rum at
Cognac, combat, contact, contrast
Crom's packing out like Beyonce back
She bang out a song like the Fonz back
Bigger things, bring the slangs, slicker than the sharpest pen
Nigga here, combat, sweet dick Willie T, Rudy Ray Moore game
Woodgrain all in the board reigns, before rain flooded
Like storm drains, boss man, bundling raw 'caine
Fours bang, neighborhood war games
Get your weight up, you looking anarexic
Posted on the block proper with the hammer vested
Bitch came with empty hands, that's the hand she left with
Thirsty ass with the water and it sounded desperate
Break a white an hour, based it forty grand invested
Live within the third rail, you know the man electric
Shit was like the third world, until I handle metrics, that next shit