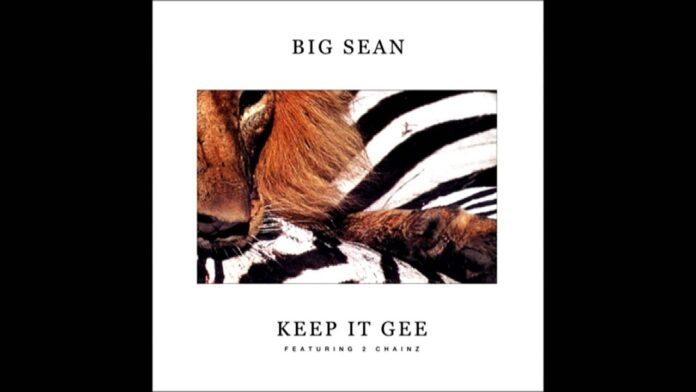 [Intro]
Boiii, GOOD
So this is what it feels like to make something outta nothing huh?
For a young nigga to start with nothing and get muthafucking rich on ya dumbass
Finally Famous

[Verse 1: Big Sean]
Okay, my life is nothin’ but a G thang
Pick up 100 G’s, take off a G-string
Oh, Jesus, they love me to pieces
Got up in the game cause I was tired of the bleachers
Get rich, repeat it, taste it, I’m delish’
Lookin’ so good she put me on her fuck for free list
I turn her on ‘fore I go in
I swear that pussy keyless
I might let her ride the mic and let her friend come get the remix
Oh boy you do it
Rollin’ rich nigga weed (rich nigga weed)
With a rich nigga bitch (rich nigga bitch)
I’m ridin’ ’round the city, in a rich nigga whip
Yea a nigga paid a grip, for all this rich nigga shit
And all these bad hoes, they want a rich nigga’s dick
O God, this life is such a blessin’
See I smoke ’til I can’t smoke no more and drink is no exception
Man these crazy niggas crazy, nigga when you gon’ learn yo lesson
They won’t talk shit about you plaques, but they gon’ talk when you are restin’
Man, so fuck ‘em

[Verse 2: 2 Chainz]
10 Ben Franklins, nigga, that’s a G homie
Flash the pinky ring, baby you can ski on it
Put it in your uterus, U-Haul, I move the shit
Baby I’m a shark and these rappers taste like tuna fish
Look at this, movie with no movie script
I die real, do this shit
Just bought an old-school so that’s my newest whip
Cartiers on, I can see all through the shit
I spell southside with an F that stand for foolishness
fuck that shit, fuck with us, we’ll have you in some luxury
I need a stash pot for a couple keys
When I’m in the Gucci store, I spend some G’s to wear some G’s
If you is a sucker, I’m a charger, where’s the sucker fee?
Luckily, smoking on that vote for me, Presidential evidence
Truck so big, I can’t park it at my residence
Wallet so big, I can’t put it in my back pocket
Soon as her ass dropping, the cash dropping

[Verse 3: Big Sean]
I deserve congrats (Why?)
I turned my old car into a new
My basement into a presidential view
One into two, a milli to a few
Niggas want to see me fall off, ah shit
I’ll fall off and turn into you
fuck around, turn this peace sign to a piece
Tool Time: now you learn to muthafuckin screw
I feel like slappin’ a ho
Keep a bad bitch at the passenger door
Never ever break these broads off a lil’
Once you give ‘em something they be askin’ for more
If I run out then I’m snatchin’ up yours
Man I remain a quadruple-triple OG, triple OG, triple OG
And that’s a sign that I’m a made nigga that’s fasho