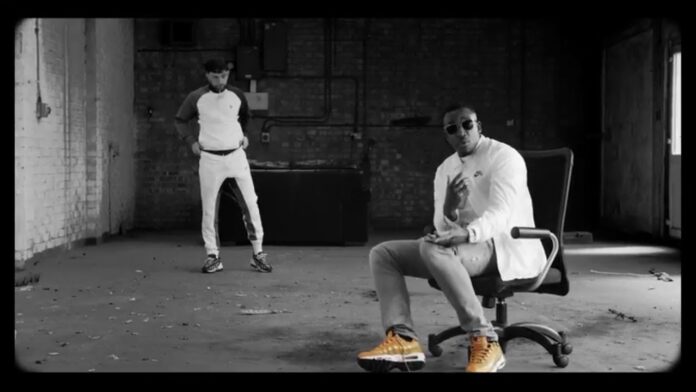 Sitting in total silence
Totally lost, no guidance
You don't call no more
Nobody can find ya
Nobody can find the time like they lost their watch
They find it hard to think you went soft
They find an architect that I've promised that I make sure
He puts the building blocks in place

Start rebuilding, we've been broken since children
They keep telling me that we're only human
I don't do no silly excuses
Nobody wins we're losing
So violent and abusive
It's all battle, scars and bruises
Cuz we're in this

I look into your eyes sometimes
All I can see is emptiness, no resemblance, no more fire
Or anything similar
When did the winter get to us, I go blind
Looking at a light so bright
But if I can find my way then I'll come back for you and I'll make it right
I wanna say something but I don't know how
I gotta keep it moving, I can't turn 'round
How did David make Goliath fall down?
What's the king if the king has lost its crown

[Tom Grennan:]
The days are there
We're running away
But the night was so long
But today is the day that will break of our change

Dance In The Dark – Rina Sawayama Testo con traduzione in...