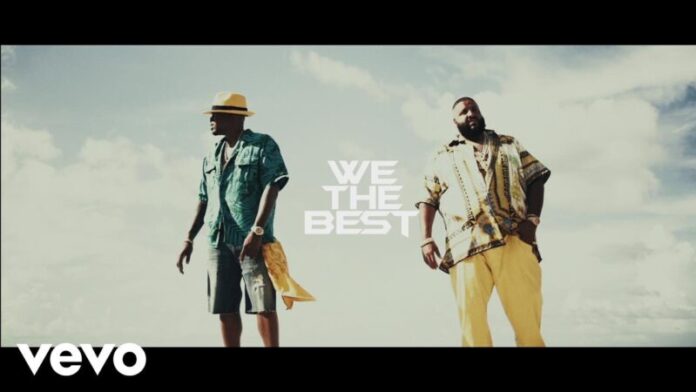 [Nas:]
A divine leader
Shine brighter, bonita mami meet a line sniffer
Never, poetic rhyme writer, chiefer
Ebony empress getter
Celebrity Apprentice a devil show
Big up to Africa, Mexico
Hennessy, margarita, venison eater
So dear spread 'em here, don't be actin' innocent either
Don't be, relax me, it's only to the nasty
I'm just a phony assassin
A lot of niggas owe me, I'm a tax 'em
A lot of sisters hold me to somethin' holy and Catholic
Cause the rosary and gold flashy
Just an attachment and accessory to my dress code
Now everywhere all I see is Pablo, Esco
Last time I checked I was still breathin'
My neck was still freezin', now everybody got an Escobar Season
To every baby on the album cover existin'
This trend I was settin' came to fruition
I'm assistin' to push the culture forward
To all my go supporters, go support us
Like a local black-owned grocery store
Cause in the hood shit ain't passed down through blood
It's a dub on that
We get government aid
Spend it at their stores, sendin' their kids through college
We need balance, so we can lease and own Ds in our projects
So I'm askin' Gs to go in their pockets
The racial economic inequality, let's try to solve it

Still underestimated, every mistake a lesson
Mercury retrograde, so if that planet spin backwards up in the heavens maybe
It's effectin' back on niggas who don't be reppin' lately
I'm playin' chess with babies
Niggas is nursery
Niggas impersonatin', rehearsin' me
Nothin' like me, I'm the first of me and that's quite certainly
So official, come get this issue, some women crazy
I like a woman to show me wisdom
These hoes easily convinced to pop their pussy with a loaded pistol
Y'all ain't meant to be played
Says the brother with the signature fade
Still paid, stackin', new stash
Went from hangin' with shooters and clappers
To computer hackers
Check the fashion in Monaco
Gettin' ocean mist on my HSTRY hats
Khaled called me when I was in album mode
So I put it on hold for the Major Key
My album done, niggas, wait and see