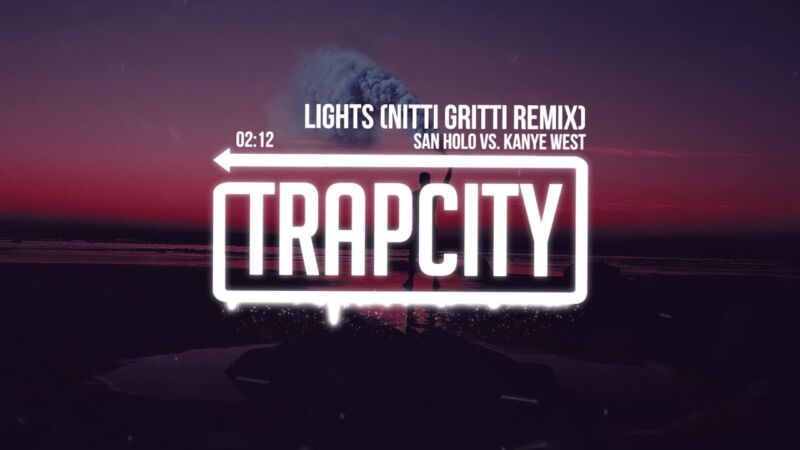 [Jay-Z - Intro]
Is this thing on?
Oh, I thought they silenced us, 'Ye
Power to the people

We're living in that 31st century, futuristic fly shit
The penthouse is the projects and everybody flies private
New watches (you know what time it is)
Watch us (you see us)
They can't stop us
The prophets
Beotches!

[Jay-Z]
Rumble young man, rumble
Life is a trip so sometimes we gon' stumble
You gotta go through pain in order to become you
But once the world numbs you, you'll feel like it's only one you
Man, you got the power to do anything you want to
Until you ask yourself, "Is that what it's all come to?"
Looking at life through sunglasses in the sunroof
Do you have the power to get out from up under you
Fuck all these labels, fuck what everybody wants from you
They trying to ask who/Axl Rose you, (Welcome to the Jungle!)
To be continued, we're on that Norman Mailer shit
In search of the truth even if it goes through Taylor Swift
Tell 'em this!

[Kanye West]
No one man should have all that power...[echoes]

I've seen people abuse power, use power, misuse and then lose power
Power to the people, at last! It's a new hour
Now we all ain't gon' be American Idols
But you can 'least grab a camera, shoot a viral
Huuuh? Take the power in your own hands
I'm a grown man, doin my grown dance
I don't stop until I see the end, my vision clear, bitch
I'm on my Van Gogh, I don't hear shit
No one man should have all that power
The clock's tickin, I just count the hours
Stop trippin, I'm trippin off the power
'Til then, fuck that, the world's ours

[Kanye West]
Now everything I'm rhymin on cause a Ramadon
Been a don prayin for families lost in the storm
Bring our troops back from Iraq, keep our troops out of Iran
So the next couple bars I'ma drop 'em in Islam
They say as-salaam alaikum, we say alaikum as-salaam/salam'
That's no Oscar Mayer bacon, you should run and tell your mom
Now the question is how we gon' stop the next, Vietnam
Keep, Flex out of Korea 'cause you know we drop bombs!
[explosion and music stops]

[Swizz Beatz - breakdown as beat changes]
Showtime!
Aiyyo Yeezy man, stop playin wit these people man
They wanna see you act all crazy in this muh'fucker man
Take that jacket off an go crazy on them niggaz man
Ya'knahmtalkin BOUT? {"I GOT THE POWER!" - [Snap!]}

[Kanye West (Swizz Beatz)]
What do it mean to be the boss? (OH!)
It means second place is the first one who lost (OH!)
The crucifixion, the being nailed to the cross (OH!)
The truth or fiction, it's a hell of a cost (BOP!)
Do the dishes, I'm 'bout to hit that Jeff Gordon (AY!)
Michael Jordan is the only one more important (AY!)
But I be feelin like Jordan when I'm recording (C'mon!)
'Cause everytime I record, I dunk and slam the booooards
I don't know what rappers gon' do afterwarrrrrds (OH!)
Prol'ly spaz like I might do at the awaaaaards (Right!)
Huh! I got the whole crowd goin CRAZY! (AY!)
Homey, I should be rewarded (WHOOOOOOO!)
Gettin money Yeezy, Yeezy how you do it, huh? (WHOOO!)
Eating Wheaties, drinkin Fiji, bein greedy, huh? (C'mon!)
Don't even think you can elude to the rumors (C'mon!)
I'm immune to the boos, I'ma PROVE to you losers -- {"I GOT THE POWER!" - [Snap!]}
(Huh!) It's all in timing, nigga (Get 'em!)
See I dream my whole life that I could rhyme with Jigga (Get 'em!)
Now Jay my big brother, and B my lil' sister (Get 'em!)
And excuse me, but, you cain't see my lil' sister (HANDS IN THE AIR!)
Number one sound across the board - HEY! (OH!)
Number one now and forever more - HEY! (HEY!)
Number one rule is niggas gon' HATE!
Maybe I drop the album - naaaaah, y'all gotta wait (Oh!)
And on the net, they showin pictures of my Cali place
My Maybach in NY, but it still got the Cali plates
All my ol' gurls know that I'm the one that got away (Whoo!)
I think about her Christmas and play some Donny Hathaway (AY!)
And keep my bulletproof, hater coat on (Chill...chill! Chill! Yo!)
Lookin at some photos that I'm lookin crazy dope on
Hand up, talkin shit, yeah I get my Pope on (Yo!)
and go home with, somethin to poke on (WHOO!)
That's what Dre said, but this what 'Ye said (Huh!)
How 'Ye doin? Who 'Ye screwin? (Huh!)
That's for my dick to know, befo' you get to know 'em
She ain't gave you ass, that pussy fictional
I gotta give her the eviction no-tice
"Getcho ass out, bitch! Vamanos!"
Five seconds to the song end, we gettin close
I got the power muh'fucker if you didn't know