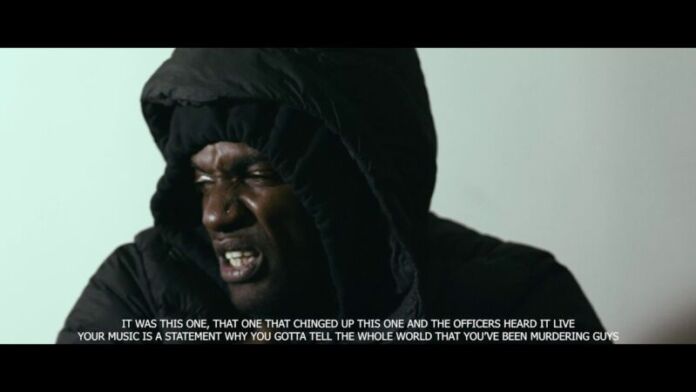 Paris, where are you conjuring all of these lies from?
You say when you're on ends you can't be G checked but when real niggas G check you, you say you're on music
I've been mashing work on road longer than you before I came New Cross
When you was just a Playstation, COD playing little shit
I never wifey'd Lady Shivs so stop with these lies
I've never been run out my ends, stop with these lies
I never got run out of Hoodstars, stop with these lies
You said you showed me road, music and girls and buss me
Stop with these lies
Littles never taught me how to multi syllab rhyme, stop with these lies
And let me just get this off my chest
I saw N.E three days before he died, we had some real conversations
You can never diss me about N.E, N.E was my boy I lived with him
Day in, day out, daily
You didn't
Shut the fuck up you prick
If it weren't for me you would have died with Hazardous sessions, you wouldn't be in OGz
I remember the meeting I said you should be in the team bruv
I'm Alex Ferguson for you
Every reward you've gained from music I deserve a percentage
I'm from that era where when you rush people they're meant to be hospitalised, but both of you didn't do nothing
I'm still standing
It reminds me of Nando's
Nine man tried to attack me and not one man touched me
And I still didn't run then so stop all the lies
You told me to make up my mind on this road ting but you don't know what I'm on in this road ting so shut your mout
And you spoke about Stormar
N.E put Stormar in OGz, who gave you the authority to kick him out?
When it was N.E's choice and he's not here to do it
You ain't had this much views in ages on any bullshit you've dropped so thank me
When Termz said he wanted me back in OGz you said if I come back you're leaving, so
You've obviously got a problem with me
You came to the studio and rushed me over bars
That's the be all and end all
I had to get to the bottom of it
Then I realised rah, you don't want me to spit
I'm giving you all of these bars
All up in your head top you pussy
Don't question me about road cuh when I see you I'm doing my ting