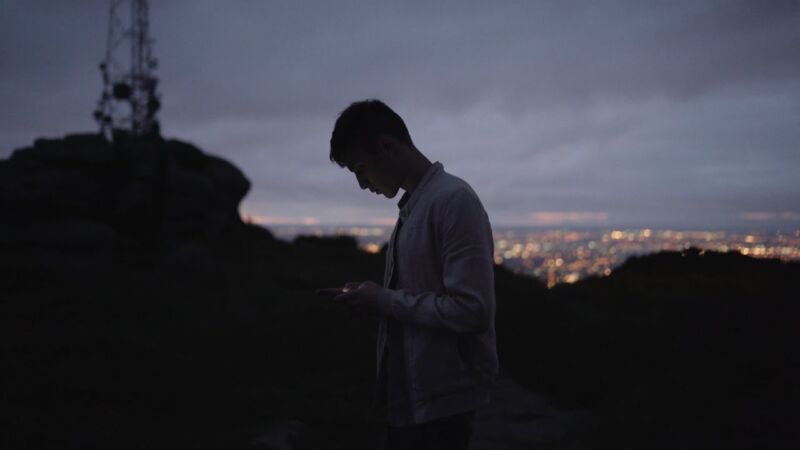 So tell me this is who you are
They tell me I've got something more
And, oh, you could be loved

But I owe you nothing
And I own my luck
Oh, they say you'll never be alone again
But I don't think you understand me or what I fear

'Cause I'm only here for a minute
And I don't care what you say
'cause I know you're only here 'cause I'm winning
But I can be my own kind of rock and roll
like I don't really care if you say you don't fuck with me
And I can say what the fuck I want 'cause it's down to me
And I got love for you even if you are doubting me
Like, oh, my God I just can't stop

'Cause I just wanna die before my heart fails
From heartbreak or cocktails
and then maybe you'll cry once you know I'm gone
That's all I could ever want
Oh, that's all I want

'Cause I ain't scared of living

No, I ain't scared of living

No I ain't scared of living

[Female voice:] Look at you

'Cause it's all we've got
What are we breathing for if we ain't living
And I don't want your love
I just wanna feel like I'm still living
And if there is no God
I'll know the day I die I lived through heaven
And that I gave it hell
And if it hurt, oh, well at least that's living

[Male voice:] And the more you know who you are, and what you want

That's all I want

[Male voice:] The less you let things upset you

That's all I want

[Female voice:] I just don't know what I'm supposed to be, you know? I tried being a writer, but I hate what I write. And I've tried taking pictures, but they're so mediocre, you know, and every girl goes through a "photography phase". You know, like horses. You know, take, uh, dumb pictures of your feet.

[Male voice:] You'll figure that out, and I'm not worried about you