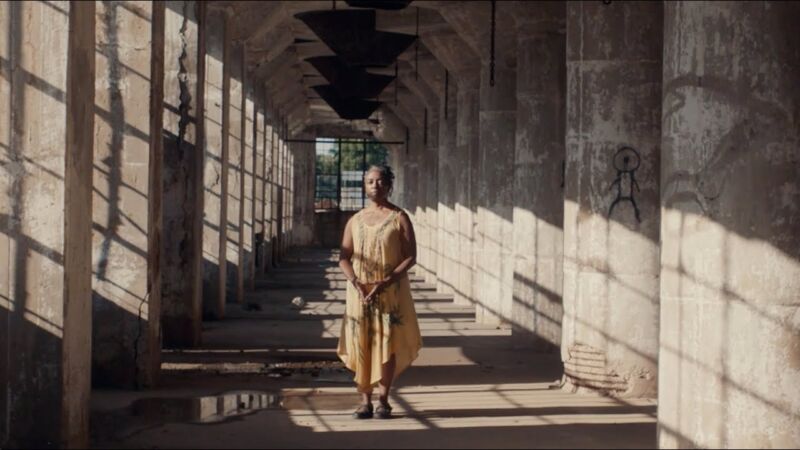 Young nigga back from the dead
I don't know, I don't know, I don't know
Nigga almost lost his head, yeah
Gotta run, gotta fly, gotta float
Channels on top of the dresser
Baby, you down, need to bless up
Gotta watch how you address us
Playing no games, no dress-up
I got an idea
'Less you wildin' out in my hood, dawg ain't right here
Caption me as world nominated before I miss, yeah
Let the AK spray straight before I'm finished, yeah
As a monologue, talking to the fog, fuck a ho and miss, yeah

I make sacrifices, bloody sacrifices
Cutthroat, grab his toe, I suppose
Maybe that's what life is

Ayy, man, caveman
Two drink, cave in
Two blunt, ease up
Booyah, leaves up
Who care? Who there?
Do what? Wake up
The hell, happened
We want, hands up
Pay you, dare you
Motherfuck, motherfuck
Sister fucked, granny fucked
System, get some
Yeah, you, day two
Yeah, you, you, you
You a van, through the van
Stripper, good Lord
Top chi, not me
Boy, please, whatever
You next, to death
To go, ooh, oh
Who's that? Ring ring
Your number, bang bang
Callin' up, talk it up
Move over

[Smino:]
Shit lookin' all red from the North with the power
It ain't Santa Claus
Brought my gifts to Atlanta, I'm Atlanta Claus
I can smell you pussy with the panties off, I
Been gettin' to the bread, tryna keep this shit low
But it ain't workin', my
Circle on fire like a circus now
Around the same niggas I been around, so
Of course I (Of course I), endorse my (Endorse my)
Reggie lil' nigga from the North Side (North Side)
It's astigmatism, you got poor sight (Poor sight)
Let the bitches forget it, I do it Alzheim'
Of course I (Of course I), I divorce my (Divorce my)
Opinion on advance when you walk past
(On bro, that shit groovy, I made it)
Niggas pull strings like a guitar, guitar, G-Star jeans on my sneakers
I'm a real soulful nigga, collared greens inside your sneakers (Yeah, yeah)
Ferguson days on Castro
Wasn't no cash flow
But I'm good for the always, I don't got the shows
I'm good for your whore, let me snatch your shone, shone, shone

[Saba:]
Yeah, ayy
Look at what a motherfucker do for the cash and take
They'll be right across your head like it's Ash Wednesday
You got to just get off your ass like your ass is fake
You can't sit, and if we ain't siblings, then I can't relate
Today's shit, I'm Asic, I run shit, I got it jumpin' like pump fake
I don't need nothing but one take
I'm from the part of the city where young nigga keep him a nine like one plus eight
Our politician a fuckface
Corrupt like a Dogg Pound Gangsta
We do it like a small town wager
How I'm the dropout major
Success stories, I favor
Used to cover my scars, out here tryna cover The Fader
Yeah, Pro Tools, knobs, and the faders
Tail picks, as-salamu alaykum
You ain't 'bout static like AM radio, ain't even playin'
I put my heart and my all in my art, I'm alternate
All of them are the same, it's harder to tell 'em apart some days
I thought I'd call 'em out altogether
Rather than waste the amount of bars it'll take for me to call 'em out by name
Caught a glimpse of the alternate world I've introduced to you
Via the studio, got 'em studying our mixtape
I'm from the hood like my mama, put that on my mama
I lay the law down like parliament, all just with a pen and page

[J. Cole:]
You can't be everything to everybody
I wanna be your lover, your best friend
Your Batman, Spiderman
Fight to polish who and now your rival's in
I wanna damn near kill you to be the one that heal you up
I wanna be the one that feel you up
On nights when you need good dick to cheer you up
I wanna be the one to build you up
A wall worth five billion bucks to keep out the rah-rah
And the blah-blah-blah so nobody try to steal your thunder
Pull you under
Toss my hopes out, Royal Rumble
We done moved out to the boondocks
Built a big house, there he wonders
How somewhere along the way
He went from Huey to Eddie Wuncler
I been so disconnected, my perspective is ignorant
When you rich, niggas don't wanna correct you
Say something crazy, they won't interject
Do every drug that you want, they gon' let you
Dangerous when it's nobody to check you
I be havin' to check myself
Nigga, stop holding that money, you know you got plenty
I be havin' to spread my wealth
I used to be at the crib myself
7 years old, off of Red Boulevard
Where they bag up the raw
They gon' stand on the corner, one hand on they balls
And they ran when the cops come, there go the laws
Then I packed up a bag and I trapped it up north on the path of a star
And I ran into you like I met you before
Now damn, me and you goin' half on a boy, sing