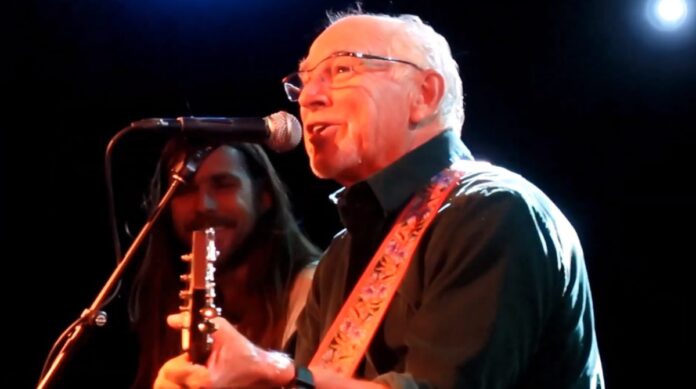 As I was walkin' round grosvenor square
Not a chill to the winter but a nip to the air
From the other direction, she was calling my eye
It could be an illusion, but I might as well try, might as well try

She had rings on her fingers and bells on her shoes
And I knew without askin' she was into the blues
She wore scarlet begonias tucked into her curls
I knew right away she was not like other girls, other girls

In the thick of the evening when the dealing got rough
She was too pat to open and too cool to bluff
As I picked up my matches and was closing the door
I had one of those flashes I'd been there before, been there before

Well, I ain't always right but I've never been wrong
Seldom turns out the way it does in a song
Once in a while you get shown the light
In the strangest of places if you look at it right