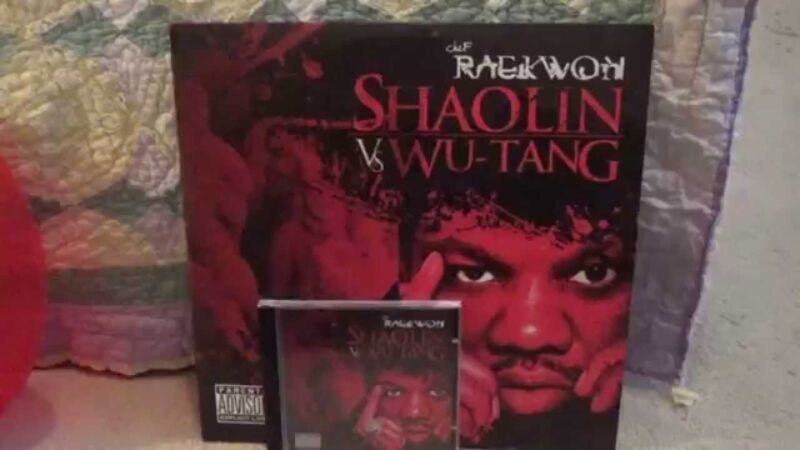 [Kung-fu sample:]
Master!
[Sounds of fighting]
Toad style... hmmph
The Shaolin deliberately tried to use the Lord
To learn our Wu-Tang sword fighting!
The Shaolin would never do that!
Wouldn't you? The Shaolin have always looked down at us
Are you afraid the Wu-Tang would become more famous than you?
You?
So you used your Shaolin poison to set up my master and deliberately frame me!
That's nonsense!
It's not nonsense! I saw it myself!
Nonsense! The Shaolin have nothing to fear from the Wu-Tang but our swordfight

[Raekwon:]
Villagers, gangstas, pillagers, paintbrush
New whips, blue fifths, Louis Shallah, bitch
Ostrich turtlenecks, the Chef, already reps
Lean off the petty jets, we buy the very best
Outfits, powerful rich, pouncers, camel clips
One bump, two lumps, the shotgun, the new jumps
With flying bird, buying herb, new kick, designer birds
She on, and we up, let's re-up, and free'd up
Jakes hate it, Rae made it, Clientele, we gon' sell
You gon' starve, he gon' jail, night boots, swim with whales
Better snub, surgical leather gloves, never loved
We gon' kill, take it to the Hill, we forever real
Old records, old luggage, you I'll with no rugged
You shoot and we spray, kill off them old buzzards
We love it, can't stand it, you read, the Wu Manual
We found it, stay grounded, we will, we still scrambling

[Kung-fu sample:]
Hold your fire!
You two traitors!
You've mixed the Shaolin and Wu-Tang
No, we have not, it's just that they're the same
That's right, my Lord
You misunderstand our kung-fu work
It doesn't belong to anybody, IT EVOLVES!
Kill 'em!

[Raekwon:]
The wrist lifter, the grave sitter, baby sitter
The jobless, to open the vault, call your sister
The Pyrex, the up in the five, live as Twister
Blunt rolling, only a robe on, some whiskers
Knee slapper, the gat packer, blackjacker
Extortionist, friendly as shit, Bob and Back-lur
Ones folder over the stove, gold rover
The gear dresser, the chop bagger, Marvin Haggler
Rap stabber, eat you alive, gold tarantula
Sixteen paces and shit, hold the heckler
Pimp style, Axel Foley, stolen Rolly
All ya niggas that know me, ya'll owe me

[Kung-fu sample:]
I don't give a damn! Listen
Hahaha, And I'll kill anyone, who dares to go against...

Boys Will Be Boys – Dua Lipa Testo con traduzione in...