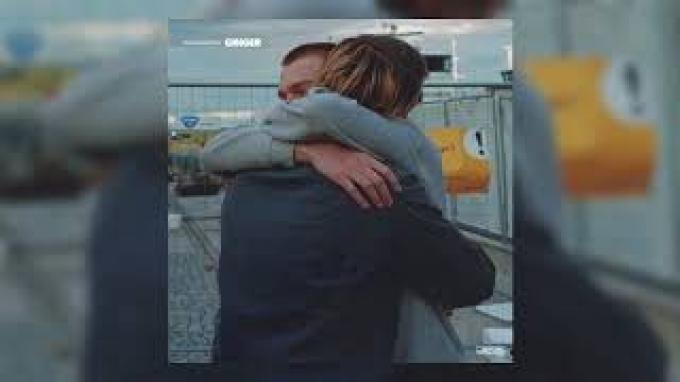 [Kevin Abstract:]
I'm the same one you seen in the classroom, ayy
We was chillin' in the stall makin' crowds move' ayy
Young K still posted in the A like a Brave
No chain ya boys got would make my neck fuckin' bang
Hangin' on your speaker' bangin' on your speaker' baby (Ayy)
Need to find a reason to make you believe me, baby (Ayy, ayy)
Young NOLA' PlayStation controlla (Ayy, ayy)
Send 'em just to get 'em, I hit 'em when it is over (Ayy)
Roll over 'yo soldier, no coaster
I told ya I'm back whenever the storm is over
Send it back if them boys wanna feel the clover
No closure, never reply to faux orders
My nigga so sculptured, such a short quota (Ayy, ayy)
Police pull up on me, boy, I kept that cold shoulder (Ayy, ayy)
Cup runneth over for a hunnid orders (Ayy, ayy)
All I got is pennies, still want me to fuckin' flow, bruh (Ayy)

[Matt Champion:]
How you do that right there, boo, I'm bamboozled, yeah
Legs go up behind the head like leopard ambushin', huh
Give her space, big ol' drop, call it Grand Canyon, huh
She bust back, blow a fuse out the damn cannon
Circus, olé, okay (Yeah), roly (Woah)
Poly, slide that (Uh), pole, yeah, (Hm) low blow (Ooh)
Not seen like a dodo (No), I skip fall, stay snow globe (Ayy)
Stuck inside the corridor (Ayy), make me go so loco (Ayy)
Major League, I'm Sheen (Uh), call me Wild Thing (Uh)
She got strings all up the neck just like a violin (Ah)
I crave that chada-ching, when that venom sting (Hey)
Eyes turn redder than a motherfuckin' cherry stem

[Dom McLennon:]
Run up a check, ayy, uh (Run up a check)
Hit 'til I miss, ayy, uh (Hit 'til I miss)
And then keep on hittin'
My niggas ain't quittin', they way too legit, ayy, uh (They way too legit)
Don't get on my list, ayy, uh (Don't get on my list)
I'm from the abyss, ayy, uh (I'm from the abyss)
You sayin' you real
But I watch how you act and I can't be convinced, uh
Smokin' 'em out like a habit
You know we could make it tragic (Ayy)
Money had never made a nigga (Ayy)
We holdin' all our money in the mattress (Ayy)
Fire rapid like a savage (Ayy)
Taste is way above your pallet (Ayy)
No, I ain't for burying the hatchet (Ayy)
Take a break to pick apart the balance of this madness

[bearface:]
Uh
You got big boy money like you ready for war
You be talkin' like you really gon' run that though
You be runnin' like the snot drainin' in from your nose
That's that ice cream, sugar, that cocaine throat
And this shit gon' bounce like my shin off your dome
And you know these boys deep, we ain't fittin' in the door
And my dogs, they bark, Michael Vick on fours
Boy, this shit long gone, why you hit my phone? (Whoa!)

See how full it is, homie
See how real it is
Hell no