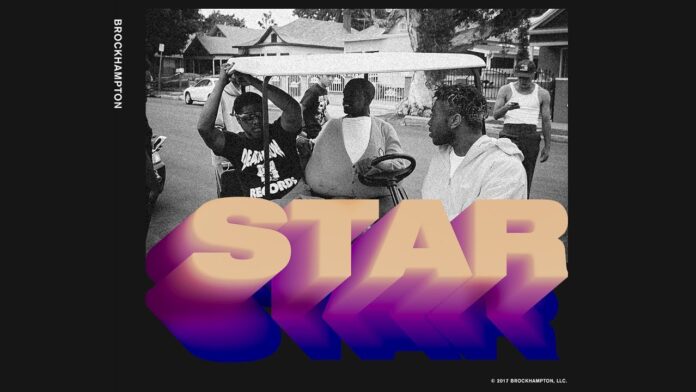 [Dom McLennon:]
I might go Interstellar
I feel like Matthew McConaughey
I don't care for what they gotta say
Tony Perkis how I drop the weight
Jason Bourne with the headshot
Jason Statham with the whip game
Liam Neeson with the rescue
I go Gunnar with the leather face
Bruce Campbell with the chains
Tobin Bell with the saw
Anthony Hopkins, I'm eatin' 'em raw
They don't know who we are
Molly Shannon I'm a superstar
Ride or die like it's sea biscuit
Tryna stack like Tobey
John Wick, I don't leave a witness
Chris Paul, I'm assistin'
Ameer going Blake Griffin
Give me forty-eight minutes
We go '04 Pistons
Catch a fade like Robert Horry
Only time to get the spotlight
Deray how I'm top flight
Go Obama when I drop mics

[Ameer Vann:]
I'm the black Tom Hanks
You can call me Nigga Banks
Secret Agent Cody Banks
Quarter pound of the dank
On the scale and it stank
Put my mama in a Range
I just bought a new Wraith
Nic Cage with the face off
John Travolta when I take off
Brad Pitt, start a fight club
Turn the trap into the nightclub
I'm like Prince with the white doves
Paint a picture with the white dust
Lionel Ritchie with the white bitch
Try to tell it to her nicely, but she never wanna listen
Beat the pussy to submission, Tom Cruise on a mission
Pull a R&B singer, bring her back to South Central
I shine just like a popstar, MJ my initial
Kobe Bryant with the spin moves, Iggy Nick got issues
H-Town with Beyoncé, turn her to my prom date
Kingpin like JAY-Z, dance moves like JT

[Kevin Abstract:]
Heath Ledger with some dreads
I just gave my nigga head
Standing on my two legs
Fuck what that nigga done said
Bruh, I don't fuck with no white boys
'Less the nigga Shawn Mendes
I been off and I been dead
Bad as hell, I don't bench press
High school, they ain't fuck with me
Now the critics don't fuck with me
My own fam ain't fuck with me
But Viceland did fuck with me
I'm the only popstar with no money
Can't drive, so I'm still running
Uber takin' all my show money
But that's okay, I got more money
Not enough to get my teeth fixed
So my boyfriend in the street, bitch
In the moonlight I get seasick
Did ya see all that, all that we did?
Did all this shit in the weekend
We was up all late tweakin' (yeah!)
Ice Cube on a Friday, Chris Tucker on a Friday
Michael Cera on a Friday, Jonah Hill on a Friday
Rockin' Leo's blood diamonds
Sucked off on the highway
Police right behind me
Like a nigga stole his OJ
Okay, I don't play
Got the same last name as O.J