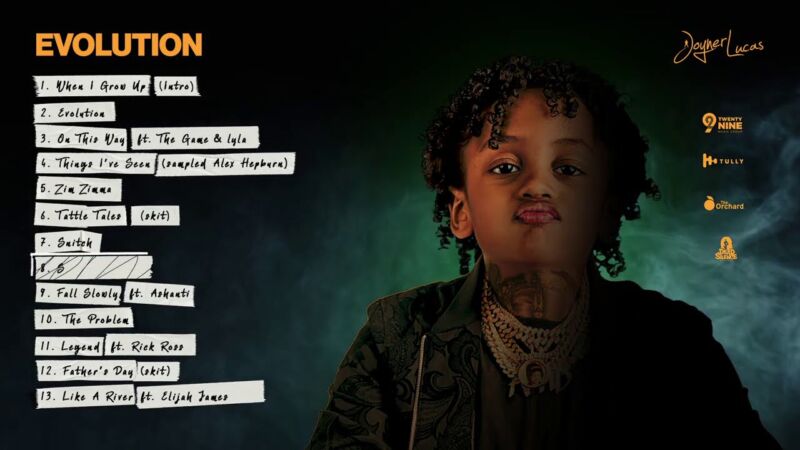 You weren't afraid of them runnin' it (Woo)
Give it the way that you wanted it (Oh)
I never knew what the money would do
If I knew, then I wouldn't want none of it (Buck, buck)
Niggas I thought I was cool with is schemin'
But they wanna dap me in public
I'm startin' to think that I'm numb to it
I wear my heart on my sleeve, but decided to cover it (Rrah)
Wonder how crazy my son'd get (Buck)
I wrote a book, and then buried and covered it
Hope that he'd never discover it
Wonder if he only knew all the shit that the other kids
I gotta put me in front of it (Hey)
I want it all and they only want some of it
I think I need me a ton of it
They wanted drama until I decided to come

Hope in the four and I'm swervin' it (Ah)
They want a dish and I'm servin' it (Ah)
Word to the niggas who thought I was leavin'
I told 'em I'm stayin', it's permanent (Buck)
Typical nigga been hurtin' these women
They feelings, they wasn't deservin' it
I broke their heart and I'm sure of it
I did some damage, I hope that one day I can learn from it (Buck, buck, buck)
That probably won't be the first of it (Yeah)
I'm on a journey, I feel like a journalist
Never had many alternatives
Only way out is to murder it, I gotta murder it (Ah-ah)
I bet that you be observin' it
I'm all the way up and I'm feelin' the turbulence
I need my peace, you disturbin' it
You put some drop up inside my pocket and it's startin' to