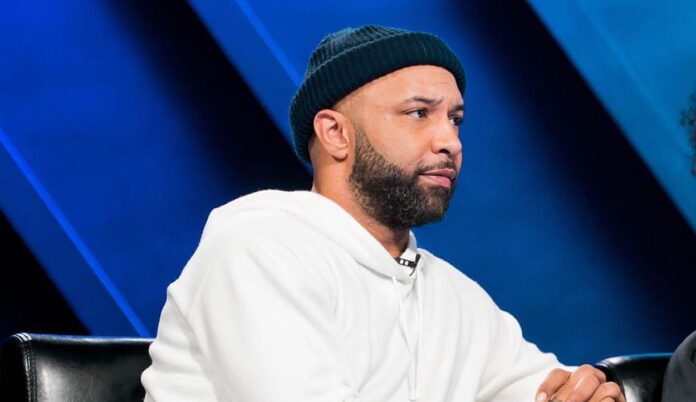 [Hook 2: Emanny]
It's crazy, it's crazy
How he got your brain
But his body don't do a damn thing for you
Now oh baby, oh baby
Been trying to get away
Cause you know I do the things he won't do

[Verse 1: Joe Budden]
You can tell him that we best of friends, or we just met
Tell him that you hate my guts, that was just sex
Can say we never kissed, those were just pecks
Tell him put your phone down, that was just a text
Or, tell him you cherish our bond on the weekly
Or how you jump in my arms when you see me
Tell him I threw on the charm it was easy
It's to the point now where your mom wanna meet me
Tell him I think you're beautiful
Tell him all the wild shit that I do to you
Would he approve of that? Or would his world be shattered?
And if you didn't care would it really matter?
Wait, could say it ain't the ride or the whips
But tell him the size of the ship
Or, just tell him you were tired of his shit
And I reminded you of how live it gets

[Verse 2: Joe Budden]
Tell him you don't feel appreciated
Tell him with me it's alleviated
Incomparable
How I do things that he wouldn't dare to do
Or act like I don't care to take it there with you
Wait, as a matter a fact
Tell him he could be mad at the fact,
You finally met a nigga that ain't mad at your past
Or tell him he can be mad at the past

[Bridge:]
You get his call and he asks what you doing just say, "With your friends"
And while you on that phone waiting for him to hang up, girl, I'll be here
Ready to take over
Your body's yearning for what he can't give
And I know just how y'all's story gon' end
Once I give it to you, babe