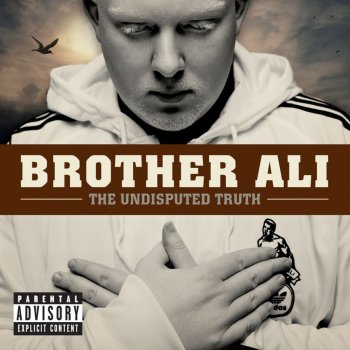 [Verse 1:]
Listen when life leaves you beaten up
Don’t lay around in it, hurry pick them pieces up
Cling closely to the people you love
They’re your umbrella when the weathers tough
See to it that your head is up
If not just remember this
Just never let your chest and your chin touch in public
Those that stand against us would love this
Man fuck them, something’s bugging em’
They feel inadequate or something and that’s been dug in em’
So deep they can’t stand someone else making shit
Player hatred, same concept created Satan
Play em, no never mind let em play their part
They’re here to make us prove we are what we say we are
We say we are the hard hearted
Been discarded from everything we’ve ever been part of
They just robbed it
Unguarded, tormented and tortured
And got nothing but scars and grey hairs to show for it
Fuck that, every stone that’s ever been cast or blow that ever landed
Helped to build that man that’s standing before your bitch ass
And back to wreak havoc and never retired, retreated or recanted
I, don’t expect you to have stood where I’m standing
Why, repsect is the only thing I’m demanding
Try, you and I could build this understanding
You can’t honestly shake unless you know where my hand’s been brother

[Verse 2:]
Listen I was taught that mistakes made with great intentions
Were never sins but where life lessons begin
Now that I’m 27, single father starting over yet again
I am who I have to forgive
Lost my mumma to cancer, closed a 10 year chapter shortly after
Can’t deny that was some shit
Alone in this life would’ve been at my throat with a knife chop
Were it not for my passion to live
Follow my soul, not that I don’t know the penalty
But that’s the legacy that I pass to my kids
Heard of shining in the heat of the moment
And won my freedom the moment I realised that’s what this…