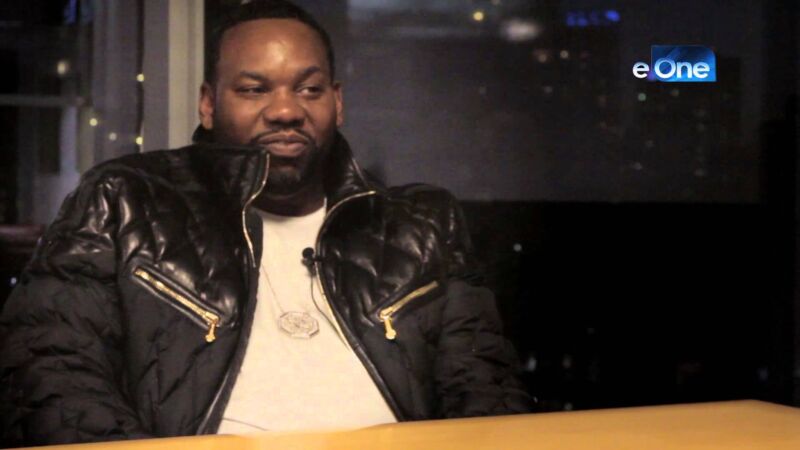 [GZA]
Yo, there's a rumor, that an inmate heard
Salesman hiring, a convict of murder
Bodyguard, who used to do physical fitness
His business, is catching to terrifying the witness
In the gym is where he gained his powers
Boss was the pizzeria owner that rolled flower
A made man, felt good to be made
Turned murderer, extremely quick to upgrade
But he still baked pies, and his cake would rise
Like his enemy, he watched to take dives
Allies, would retaliate the least
Even the score, had a thousand guns, they would calibrate
He sort of loss and double crossed, moved on them
Swiftly, if worlds away, sit and shuttle off
Horror in the 'Ville, without the Amity
Scars upon the grill of your friends family
Workers utilized and brutalized
Informats scrutinized and crucified
Wakes firebombed, functions shot up
The jakes was not alarmed to damage the product

[Raekwon]
Shoot his mans, grizzly stance, up in the GT, Clansman
With the sword that'll blow up a van
When them peoples come, blow right past, mind your business
I don't know nothing, they found his ho in the trash
Barbeque wings, blings for my niggas that's true kings
Sit up in the crib, catch supper and screw fiends
Yeah, watching me, next time, scotch me
I drink Crystal liquor, I'm a version of Hitler
On wax, no 'dacks, just water, a doorag on
I scratch waves, saying 'niggas is trash'
Yo, learn how to write, beware, I pull up, he here
I should of known, I had a clone, see weird
Niggas'll get hurt, merked, dropped off in a new turf
Trunk full of Siamese rats and gnats, yo
I do it for the cats in pits, and all the bitches with big tits
Five hundred shoe game switch
Shake that shake, I bake, I live in estate
That kill niggas over grits and steak
You might get smacked with a mack eleven, or run off the road
Or shot in McDonald's for fronting with fake niggas

[Killah Priest]
Aiyo, Saladin, vivid Wall Street sixteen
Muslims, kufis, uzi's, the Wu is supreme
Ferociously, I rank general, a world's above self
Conspicious, crime make me grab the nine off the shelf
The dark hallways, amazingly convenient, the Phoenix with Jane
Juggling cracks or playing with ninas
The law of the streets, gangsta crave the beef to feast
Fiends with plates and snake wanna eat
Gazed at the spectacular rapper, niggas is Dracula
Rap tours, Priest the hood ambassador
Passion for war, Wu-Massacre, threats, they never worry me
Plots to my death, mic jack conspiracy
Lyrically, I'm only afraid of my own ability
Words that shape into nuclear wars, we shooting through walls
Bringing down the mall, I ring around the store
Planets of the Apes, bandanas on our face
Hammers on our waist, cameras out in space
The nickel plate, fake armor, will harm ya'll snakes