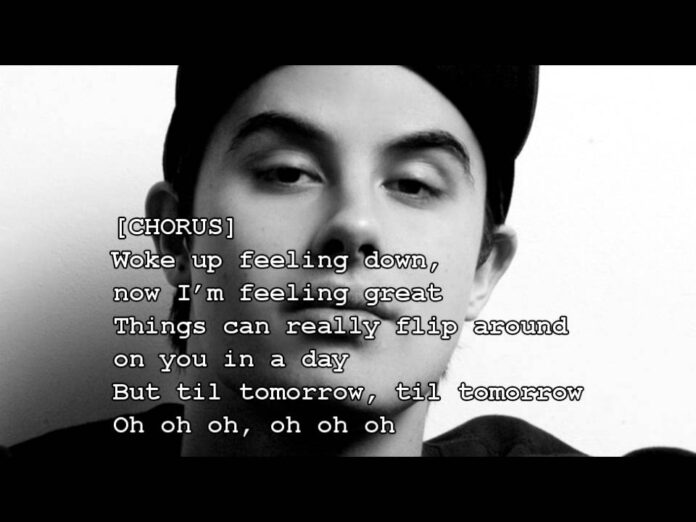 Now get it up, put a one in the air
Say a mother fuck the world with umfnth stare
There's something in here that gets me jumping out of bed
Feel I'm on a brink and in here there's something much bigger
Than what we become we having with some we have have become
Something else, two for chain if you just use your brain
You get view that's so clear you hear we all ears
Appears its pandamonium cash be loaded get a tank of petrolium
Hash and opium the things of a has been got a be on my ps and qs
Are appropriate you just be quiet p know what its about
Yea I'm gonna cure but we ain't doing so well
Oh well I was always told there would be bad days
But you will benefit a soul with a sad face
Its infectious and vice versa a little smile never hurt ya
Specially in the university social structure

I spit rhymes in the week rhymes on the weekend
Buy me a speech I speak to the kids I'm a heethen
Most frequent speaker of the expletive, no defence in not under pretense
I got a couple of qualities that make me a good dude,
Couple of qualites that maybe I could do without
Switch routes so maybe its an understatement now let me let me let me come straight with the facts
Kick back a little bit too much, for some would say that I never grew up
If I ever blew up id lift the whole crew up to the sky pull a p diddy on the fly
With a party in the atmosphere, autopilot on drinking what's the crack in here,
We back in here, still an nfl thing bling, let the bell ring I'm just developing
On this solo tip know this ain't no so so shit.nope..