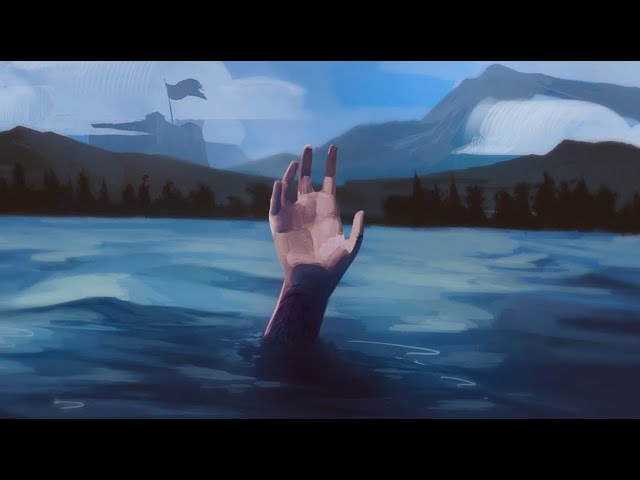 I feel so alone these days
Lost myself along this way
If it gets worse then I might need change
Does anybody out there feel the same?
I just wanna go back to the world I was livin' in
Back when I wasn't focused on the money or the dividends
Back when life was so simple, but right now I been drownin'
Yeah, my circle gets smaller with every comma
Had to cut off some people, don't want the drama
All the snakes in my path and they're so dishonest
Tried to give em a plate but they're in my pockets
I don't want this
I don't want this life
Sometimes I want off this ride
Sometimes I don't even wanna try
Sometimes I'm...
Searchin' for answers that I'd never get
Like why was it so hard to try to exist?
Why was it better when I was a kid?, when I saw traumas I'd try to forget
Man I was 13 when I saw my mom get choked out, call 911 then I broke down
Got too much pain, never wrote down
Let it built 'till that breakdown backstage in London
Hard to predict when the pain is comin'
Push it all down 'till I can not stomach it
Cannot run from it, down 'till everything hurts
I don't wanna think that it might get worse
'Cause if it gets worse I don't know what'll happen
I might end up hurtin' me 'till my pulse flattens
Until then I'm focused on all of my passions, I'm losin' my way

Anxiety ridden
That's how I been livin'
Distract myself that's why I been driven
I don't wanna think about the things that make me weak
Down this rabbit hole till I can leave
Down until my brain feels obsolete
Wish I didn't view the world so bleak
Always wear my issues on my sleeves, like
You think that you're on the right path 'till one thing goes wrong and your vision goes black
Your body goes numb and you think on the past
You think on your life and when things all went bad
It follows no matter the place
Changin' location just picks up the pace
Thought it'd be safe when I sold out a stage
That's when the demons caught up to the race
Grip me by the neck and then pulled me back down again
Seein' childhood traumas that I relive
I was half asleep at like 12 AM
Sisters ex boyfriend breakin' in
He beat up my sister, I wanted to murder him
But I was too young to be hurtin' him
That's not rage any child should feel
That's not pain that ever does heal
Lost and I'm losin my mental
I'm thinkin' this life is another cruel riddle
That I'll never solve
Dealin' with issues that I can't resolve
When things lookin' up I just wait for the fall
Scared that it's holdin' me back, wanna move on but I'm chained to the past
This prison depression, I'm on the attack
That's why I been stuck in this trap, yeah

Don't wanna complain, but I never wanna step foot on stage
Every time I do I relive pain
'Cause I got sad songs so ingrained
I relive all of my scars and how I got 'em
It's revealin' me
Relive all the worst parts of my life and It's been killin' me