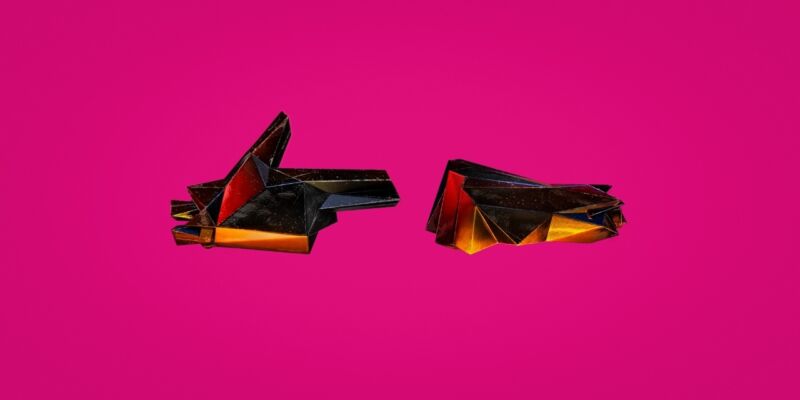 I woke up early once again that's four days straight
I didn't wake you baby, I just watched you lay
In the radiation of the city sun
I am in love with you, it is my only grace (Woo)
You know how everything can seem a little out of place?
All of my life that's seemed to be the only normal state
So feelin' normal never really meant me feelin' sane
And bein' clear about the truth and bein' sane have never really been the same
I used to wanna get the chance to show the world I'm smart (Ha)
Isn't that dumb? I should’ve focused mostly on my heart
‘Cause I seen smarter people trample life like it's an art
So bein' smart ain't what it used to be, that's fuckin' dark
You ever notice that the worst of us have all the chips?
It really kinda takes the sheen off people getting rich
Like maybe rich is not the holy ever lovin' king of nothin' fuckers
Know we know you’re bluffin'
You are dealing with the motherfuckin' money-money runners

It’d be a lie if I told you that I ever disdained the fortune and fame
But the presence of the pleasure never abstained me from any of the pain
When my mother transitioned to another plane I was sitting on a plane
Tellin' her to hold on and she tried hard but she just couldn't hang
Been two years, truth is I'll probably never be the same
Dead serious, it's a chore not to let myself go insane
It's crippling, make you want lean on a cup of promethazine
But my queen say she need a king, not another junkie, flunky rapper fiend
Friends tell her he could be another Malcom, he could be another Martin
She told her partner I need a husband more than the world need another martyr
Made in Atlanta, Georgia, where I use to ride the MARTA
With a empty .22 in the front pocket of my Braves starter
Tryna make it out the mud as a baby father is much harder
The same children that you love, and adore, the court will use to break and rob ya
Circumstance woulda broke weaker man, but I put it on my momma
I'm a man of honor and the hardship made me a better money runner

This is for the never heard, never even get a motherfuckin' word
This is for my sister Sarah, honey, I feel sorry you were hurt (Hey)
This is for the dawn, momma took a knock, had to change the locks
Dusted up but brushed off and I watched talk about a boss
For the holders of a shred a heart even when you wanna fall apart
When your surrounded by the fog, treadin' water in the ice cold dark
When they got you you feelin' like a fox runnin' from another pack a dogs
Put the pistol and the fist up in the air, we are there, swear to God

Black child in America, the fact that I made it was magic
Black and beautiful, the world broke my momma heart, and she died an addict
God blessed me to redeem her in my thought, words and my actions
Satisfaction for The Devil, goddammit, he’ll never ever have it
This is for the do-gooders that the no-gooders used and then abused
For the truth tellers tied to the whippin' post, left beaten, battered, bruised
For the ones whose body hung from a tree like a piece of strange fruit
Go hard, last words to the firing squad was, "Fuck you too"