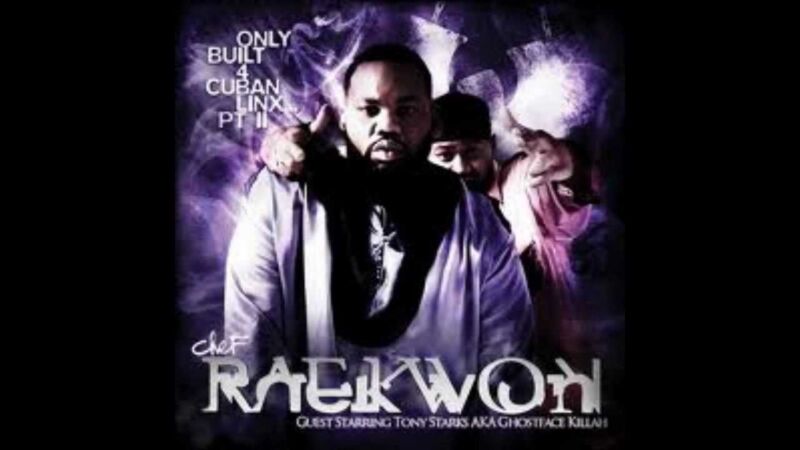 [kung fu sample:]
[sounds of fighting]
Stupid fool, you're forcing me to kill you!

[Raekwon:]
As reaper stay sprayed, still niggas is smoked
Four in his pocket, a diamoned up chain and some coke
Champion hood, the goodies in a brown bag, by the radiator
Near the cookies and the bundles of dope
Fishscalers, I live in elevators and gross
All this paper, profit make her lay there and post
With them Adidas that Bruce wore, stay in the juice bar
All I know if you saw me, you thought I was broke
Black, yo, I been hustling since niggas was busting guns
And scuffling, and jumping niggas over some coats
We play the S&S rooftop, Latin Quarter, Polo popes
Who hung out with all the Eighthers and GOAT's

[Inspectah Deck:]
Yo, I used to scramble hard, radio strapped, to the handlebars
Fifty deep, in the lobby large, rocking camouflage
Dark Caesar holding my nuts, played the building front
Fit the Henny, throw a little snow in the blunt
Just growing up, schooled by O.G.'s, holding O's and up
Daily new drama unfold, they popped 'em over, what?
It's so rough, nobody know him, so what?
Aiyo, the money's close by, homey, show me the stuff
Borough hopping, copping bricks, bags, burners and kicks
City slickers, circling the strip, working them tricks
Like friday night cruise in the Coupe, new valor suit
Fruit flavored kicks, taking flicks out in 40 Deuce
Farmer jeans, hammer swing, tucked in the loot
How they hit Miss Fisher, they was busting at suit
Up in 54, underground, parrot and Q
Made man with the grey shams, wrapping the boo
Stay flam, every day, fam, stacking my loot
Eighty grams in the cake, bam, packages flew
Sipping passion fruit, Alize, in back of the Ooh