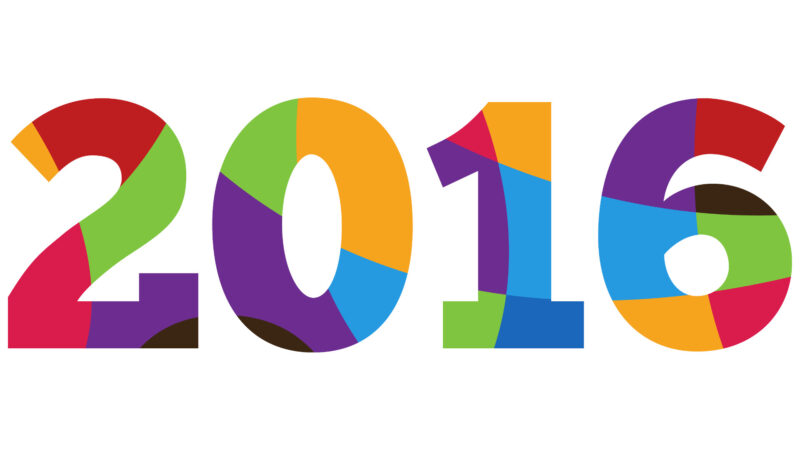 Use intercourse to settle scores
With women who have been vendettas towards men
Dickhead is forced in and the shredded foreskin
Red is torn and they’re only bein’ fed a portion
Bed sores in sore shins
Pregnant whores can get abortions
Fetish for stickin’ metal forks in, self-absorption
Skeletor, I went to Hell and fell a floor
A predator, I’m headed for competitors
Better warn ‘em, what I lack in tact and a set of morals
I make up for in metaphors like a cosmetic store
Stegosaurus, Chuck Norris with a thesaurus
Yes, of course, I mess up once
You want some? Come and get some, boys!
I’m givin’ Daniel Pantaleo a refresher course
On excessive force and pressure points
And dressin’ George Zimmerman in a fluorescent orange
Dress and four inch heels to address the court
With a bullseye on his back, his whole chest and torso
Are left on the doorsteps of Trayvon’s dad as a present for him

In my present form I’m Desert Storm
Appetite for destruction is no suppressant for
Aggressive, forceful, and less remorseful in every morsel
Unpleasant, horrible; hello, gorgeous!
The rebel with devil horns just fell off the yellow short bus
Met a contortionist, said, “When you wanna get sexual?”
She said, “However I fit in your schedule. I’m flexible.”
Expired tags on the Saturn, got Catherine Bach
In the back in Daisy Dukes with the hazards on
At a traffic stop gettin’ harassed, sign an autograph
For this asshole cop’s daughter
Laugh ‘cause I called her a brat on it
He spat on it and brought it back lookin’ half in shock
Had a heart attack and dropped dead
Started fallin’ back with it
And got slapped with a Colin Kaepernick practice sock

One ball and half a dick, Apple Watch
Crack for an axle, walked in a Bass Pro Shop with David Hasselhoff, pulled Tabasco sauce out of my satchel
Knocked over a fisherman’s tackle box and *crash sound*
Asked if they had a laugh in stock
That was fuckin’ stupid…

You got it twisted, all ‘cause I offered this bitch
A doggie biscuit, you call me misogynistic
Bitch, get to massagin’ this dick!
Like spas in this bitch, slob on it, with gobs of lipstick
Got a shoppin’ list for you to run some odds and ends with
It’s not a bitch on this earth I can be monogamous with
She’s non-existent
Robin Thicke with a throbbin’ dick on some swab and slick shit
But I shout derogatives at bitches like fuckin’ missile launches
Misfit, blond and nitwit
Like I’ve gone ballistic, with a frostin’ tip kit
Screamed, “I hate blondes,” and became one, I’m optimistic
Love to start shit
Shovin’ Clark Kent’s undergarments in the glove compartment
Of the bucket, bumpin’ Bubba Sparxxx
I’m double parkin’ up at Targets, trouble ‘cause a double cross
The shadiest mothafucka you’ll ever come across
Olympic gymnast, been known for some assaults
A couple lawsuits, enough to cause a stomach ulcer
Same damn brain scan results as Rainman’s is
Something’s awful when Dustin Hoffman’s
Dressin’ up in your mummy costume
On stage dancin’ to “Brain Damage”, what’s the problem?
Nothing’s wrong, the name brand is back to reclaim status
Run the faucet, I’ma dunk
A bunch of Trump supporters underwater
Snuck up on ‘em in Ray Bans in a gray van with a spray tan
It’s a wrap, like an Ace bandage
Don’t-give-a-fuck persona, to my last DNA strand
E&J in the waistband, at the VMAs with the stagehand
She wants kielbasa, pre-arrange an escape plan
Three-inch blade on point, like a See-and-Say
Consider me a dangerous man
But you should be afraid of this dang candidate
You say Trump don’t kiss ass like a puppet
‘Cause he runs his campaign with his own cash for the fundin’
And that’s what you wanted
A fuckin’ loose cannon who’s blunt with his hand on the button, who doesn’t have to answer to no one – great idea!

If I was president, gettin’ off is
The first order of business once I get in office
Second thing that’ll make me happy’s walkin’ up to Uncle Sam
Naked, laughing, dick cupped in hand
Screaming, “Fuck safe sex!”
Throw a latex and an AIDS test at him
Tell Congress I run this land
And I want the rubber banned, and make it snappy
Addiction to friction and static
Addict who can’t escape the habit
It’s in you to chase the dragon
But as fate would have it, I walked up in major Magics
Dressed as the maintenance man
In a laser tag vest and a racin’ jacket, with a gauge to blast it
And sped away in the station wagon
Stacey Dash’s and Casey Anthony’s
Crazy asses in the backseat
Throwin’ Stay-Free pads at me
Dead passenger in the passenger seat
Unfasten the safety latches
And slam on the brakes in traffic so hard
I snapped the relocation brackets for the monster tires
Finna get a murder case and catch it
Like you threw it at me encased in plastic

And send Dylan Roof through the windshield of the Benz
Until he spins like a pinwheel and begins feelin’…
Like a windmill with a thin bill while his skin’s peelin’
And skids ‘til he hits a cement pillar
Swing for the fence like Prince Fielder
Knock it into the upper peninsula
You want to go against zilla? The Rap God
When will I quit? Never been realer
The in-stiller of fear, not even a scintilla of doubt
Whose pens iller than Prince in a chinchilla
Or Ben Stiller in a suspense thriller
Revenge killer of bin syllable binge
Fill a syringe, till I
Draw first blood
Even pop shit on my pop shit, and it’s popular
Couldn’t be more awkwarder
Cause you’re innocence I robbed you of
It’s my fingers that got stuck up
Tortured a, not give a
Slapstick, hockey puck
The broad hunter with the sawed off
Like an arm when it’s lopped off of ya
But I’m not gonna, get the shotgun
Or the Glock, I’m gonna opt for the ox
Cause I’m into objects that are sharp when I sharpen
It’s not a shock, I’m such an obnoxious fucker
The rock cuts into rock cause who would have thought
This much of a cocksucker that go across the buttocks of Vivica Fox with a box cutter
That was for 50, little slap on the wrist be warned
I’m unrevealing quickly
My squabbles, I’m grappling with your time traveling with me
Try and follow, as I wobble, relapse into history, with a flask of the whiskey
Tip it back then I’m twisting wine bottles
Like what happened to Chris Reeves’ spine column
That’s the plan of attack when I’m fixing my problems
Wish my chest wasn’t having to get these rhymes off ‘em
But the fact that I have so many rappers against me mind boggles
And why I had to come back on these faggots who diss me is
More of a spectacular mystery than a fucking Agatha Christie crime novel

But my patience is wearing thin
Swear I been contemplating rubbing shit in your face till I smear it in
Diss you in every lyric until you fear the pen
And never appear again
If you actually had fucking careers to end
But then I think of Molly Qerim and I steer ‘em in that direction and forget my ideas for them
Molly, I’m gone off you
Man, light some kush
You’re my first take, I’ll nail you
Can’t lie, I gush
If I won you over, you would be the grand prize
I’m entranced by your looks, come and give the Shady franchise a push
You can get it in a can like some Anheuser Busch
Jeans too small, least three pant sizes tush
Mushed against your damn side, your puss
And thighs are squooshed
What kind of attires that?
I’m ready to be rode
Psychopath, bet you we’ll get it popping like a flat
Light the match to ignite the wrath
Got knives to slash and slice hermaphrodites in half
Piper Chapmans might just have to picket me
Like a scab
Hard to describe in fact
Startling violent perhaps
Are things that come to mind as soon as I start spitting rhymes like that
And you aren’t really surprised at that
But as far as these lines I rap
And these bars, wouldn’t dial it back if I star 69’ed the track

Why am I such a dick?