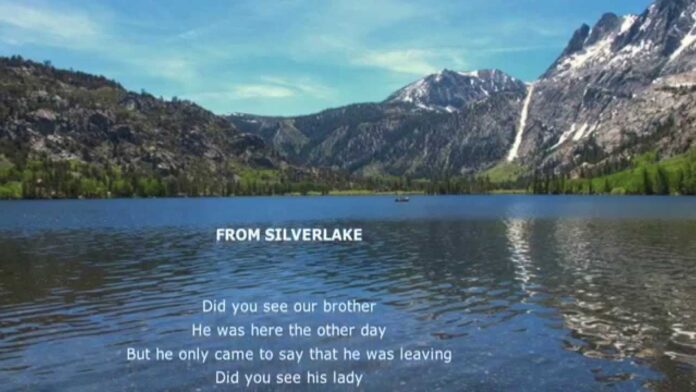 Early today as I watched while the skyline was shaking
I heard a rumbling
Early today the mechanical city was waking
And I ran out stumbling, mumbling
Out through the laughter of children and dogs

They're bound to go
And the sun may find me running after them, seeing something far away
We won't be back