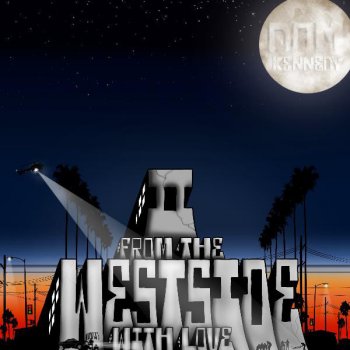 Uh oh, uh uh oh. [4x]
Call me when you home. I'll be there soon.
And I got a couple things I'm tryna fit up in ya room.
Like Wall spread out, flexin ya lil bed out
Turn you sideways, checkin ya lil head out.
Yea.
I figure before I head out, we practice Merlot and pour us a lil Red out
Roll up, blow us a lil set out.
"Dom, where you at?" is what the text message read out.
Yeah
She catch feelins like football.
But she bad to the foot, dawg.
So I let her pass like kush y'all.
I really wanna chill, but it's too bad I gotta push.
Gone.

I like toast in the mornin' you need to know that incase you close in the mornin.
Yeah. I might post in the mornin'
don't do it like the movies get ghost in the mornin.
Yeah, I'ma coast out floorin'
My 2 door coupe, in the most Ralph Lauren
I'm the most outstandin', Leimert park song baby don't out-brand it
Hottest nigga out baby, don't start tannin'
you betta ya girl or she gon' start fannin.
You already know who the man is
If not me ima be here standin'.
Dom

Uh, this that single
this that Damn, I really miss that single.
Lit I, 'fo I be gettin rid I
Hit homeruns you nigga be gettin' stridikes.
OG Gucci jacket with the Spizikes
cruisin down King
2 Chains on my bizike.
Got a joint, no lizight. Sike
As I light my cloud, tryna get a girl to turn upside down
Do a couple shows then go up 5thou.
they tell sign up, I be like sign down.
Shit I got some CDs I could sign right now
You don't need his, you just got mine.
You don't give head? I ain't got time.
Way out in Sugarland bitches bop Dom
They said that my mission was impossible, I did it like time.
Yeah, should you choose to accept
I won't play games, that will lose your respect.
but when I'm done here I will move to the next.
So don't say you ain't knew what to expect.
Yuup.