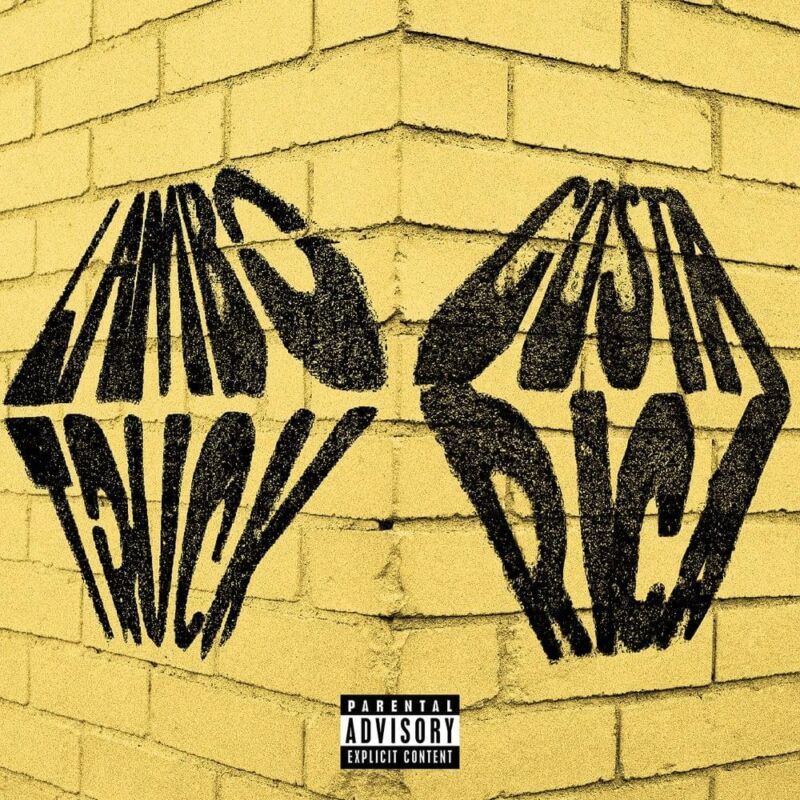 [Cozz:]
Oh yeah
Lookin' great but feeling bummy
I just ate, but still I'm hungry
I got something, but I ain't nothing
Brother tummy isn't chubby
Bills like nymphos, they keep coming
Always something, something, something
Copped some things but I ain't fed
Dreams alive, my wallet dead
Pockets been bleeding
I got a reason to commit treason
But I'ma hit REASON and see what he think
About how he been treated at TDE
'Cause I done been scheming
Schoolboy just dropped, give me the cue
I'm desperate enough to go do what it do
SZA done popped and y'all got Dot
I heard Jay Rock has been moving them units
Soul and Isaiah Rashad, boy, you niggas really at the top
Almost thought about popping a Glock
But a nigga ain't stupid and I ain't a shooter
But who really is until they provoked?
Nigga, this hunger got me finna choke
Starting to think that this isn't a joke
Gave up the liquor, I'm bringing the smoke
I talked to Bas, we fiending for more
A nigga done tried speaking to Cole
He be too busy but he be the bro
Shit, fuck it, I know how it go
So if I can't get a response from my label
And get some more food on my table
We can turn this thing into a fable
And take what I can if I'm able

[REASON:]
Yeah yeah, woah
Top Dawg with some Dreamers
Can't believe it, you surprised, 'prised
I been on the same shit, getting brain, I'm such a wise guy
Niggas took shots, plenty, South Park, Kenny, I don't die die
I'm not just gonna slide on you, my nigga, we gon' slide slide
Made a living staying posted like I'm Diesel, this no sequel
This that third times a charm and I been charming, Cozz been evil
You get clips, this hammer regal
Unexpected, there you have, it's been affected
So ill, these words infectious
I don't do ho shit, niggas so hopeless
I been on pro shit, this West Coast shit
We don't negotiate with roaches
I keep it player, never need coaches
Never need towels, no teammate
Drink some Jamie, I can't see straight
Cheese like Green Bay, roger that
New West niggas, me and Cozz been that
Good weed bring a nigga asthma back
Getting good bread, got my wallet stacked
Lately, been spinning like laundromats
Lately, I been seeing all kinds of black
Wait, look, I'm lying, look
Cozz, look, I done been broke too long
Nigga bills too long, can't hide that, nigga
Cole just pulled up in a Lamborghini truck
On the homies and God, we should rob that nigga

[Cozz & REASON:]
Rob that nigga?
Yeah, rob that nigga
Look, Rob, my nigga
You could try, but Cole ain't a thot, my nigga
Wait Cozz, I ain't sayin' he a thot, my nigga
Look, let me explain
We could tie Ib up
Throw him in the back of a Lamborghin' truck
Cole do something, we could let a Glock squeeze up
Wait chill, ease up
I ain't really trying to get involved, my nigga, look
We ain't got the same father or mother, but that's my brother
Can't cross my nigga
Shit, well I'm Top Dawg, my nigga, so
I ain't gotta pay a cost, my nigga
Your loss, my nigga, just don't off that nigga
Shit, fuck it, I'll stop
Look, let's make a deal
While I go and rob Cole, you go rob Top
Cool

[REASON:]
Picture me having what they told me I should have
I've been living off scraps, I done sold a couple packs
I been smoking potent, sippin' slow, fuck you think I'm in it for?
I'm just tryna make a bag
I'll be damned if I ain't make a bag
Thinking slow, living fast
Nice guys finish last
West Coast, getting cash
Niggas think they balling, they done made a couple wads
Just a couple West niggas, we gon' show you how to rob