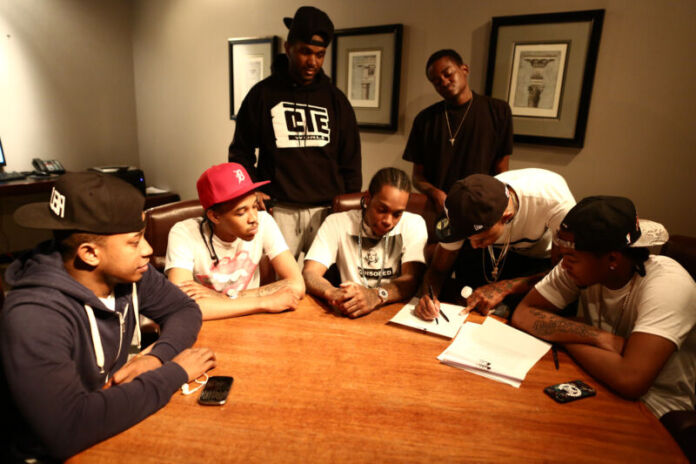 [Intro: Payroll]
I get money, fuck what you talkin bout'
If I want it I cash it and I’m walkin out
Yo bitch wanna find out what a boss about
Took her to the suite, 2 AM tossed her out

[Verse 1: Payroll]
I’m a package handler, Asanti’s on the Challenger (Bitch)
40’s on the ‘Maro, Rockin louie apparel (Louie)
Run up on my shit have you starin’ down the barrel (Pow)
You say you need 3, Well we can meet at the Valero (Pull up)
All my niggas bout they motherfuckin' bread bitch (Yup)
All my idols on the motherfuckin' fed list (Yup)
You can kick rocks if you ain’t givin up that head bitch (Fuck on)
My stacks so thick to the point I can’t spread it (Damn)
Tattoo’s, hella ice, got these bitches choosin' (Choosin')
All sets on the whip, I’m in the slums cruisin' (Yeah)
When that bag touched I came up and started groovin' (Yup)
I’m spending old hundreds at the set, with my new bitch (Ha)
Louie shades on, goddamn I can’t see shit (Goddamn)
Cali bud got the whole crib with that weed scent (Goddamn)
I paid 3 something, but you paying 56
Fourteen hundred for a cutie, three fifty for a zip (Yeah, yeah)

[Verse 2]
You name it, I done sold it (Yup)
My stack, I can’t fold it (Nope)
This is my spot, I supply it, I control it. (My shit)
I drew my piece out, and then I told Hush to mold it (Yeah)
He showed up weeks later, with that motherfucker frozen (Damn)
You ain’t never seen a fiend nod out in front of you (Never)
Y'all ain’t gettin money (Who?)
Every last one of you
They call me 4-1 P, but they should call me W (Why?)
Cause I’m winning, taking different women to the W
Bitch I ain’t stunting you, I been had cash (yup!)
I got belts, shoes and hats for every one of them bags (Louie, Gucci, Louie, Gucci)
No shoes in the box just some zips and some cash (Yeah!)
Ride past the club and leave the whole line mad (Damn!)
These bitches looking sour since a nigga elevated
Crib been banging, I’m just praying that it never get raided (Yeah)
These niggas looking sour since a nigga elevated (Why?)
I live that Mob Life, snakes get decapitated.

[Verse 3]
Bitch who talking to like niggas the brokest?
I’ll take my pocket change and buy you and that Focus
Walk in the club, glowing 10 stacks, just bulging.
No security, just lil niggas, all pills rollin'
I got a 30-round clip outside, (Outside)
so I dare a nigga try to take mine
I got shooters that don’t give a motherfuck,
So nigga watch yo tongue and who you try to bump
You make that in a year, I make that in a month
You cop that shit to sell, we stuff that in a blunt
She said we pumpfaking, speaking down on niggas name
Bitch I don’t know whats smaller, yo purse or yo brain (Bitch!)
My whip real fast and my money the same
White Louie belt, white Tru’s, I’m walking cocaine
What you know about stuffing bands in a cereal box?
Tell the youngins let me know if they see cops on the block