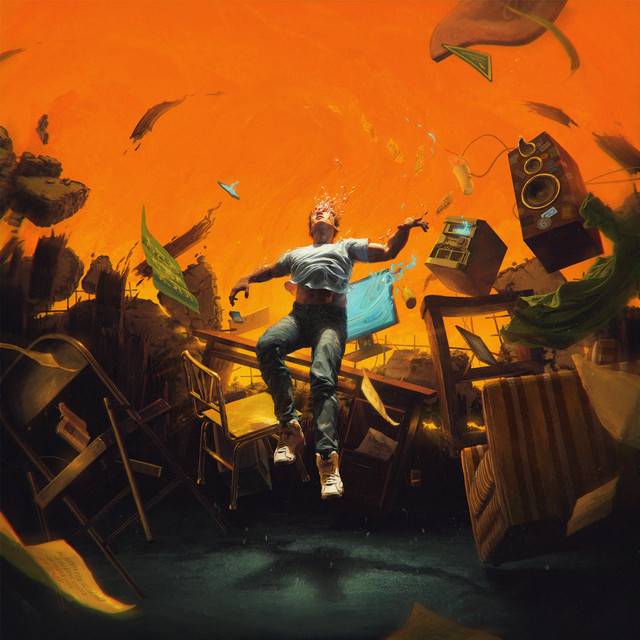 This is Logic
I've spoken these words before but not on the radio
To be born free is to be born in debt
To live in freedom without fighting slavery
To profiteer
I have met Southerners who expect and fear a Negro insurrection
I see no purpose in withholding this from general discussion
There may be those within that outcast ten percent of the American people
Who someday will strike back at their oppressors
But to put down that mob, a mob would riot
I'd like to ask, please: who will put down that mob?
I'm an overpaid producer with pleasant reasons to rejoice, and I do
In the wholesome practicability of the profit system
But surely, my right to having more than enough is cancelled
If I don't use that more to help those who have less
I owe the very profit I make to the people I make it from
If this is radicalism, it comes automatically to most of us in show business
It being generally agreed that any public man owes his position to the public
That's what I mean when I say I'm your obedient servant
We must, each day, earn what we own
A healthy man owes to the sick all that he can do for them
An educated man owes to the ignorant all that he can do for them
A free man owes to the world's slaves all that he can do for them
And what is to be done is more, much more, than good works
Christmas baskets, bonuses and tips, and bread and circuses
There is only one thing to be done with slaves
Free them
If we can't die in behalf of progress, we can live for it
Progress, we Americans take to mean, a fuller realization of democracy
The measure of progress, as we understand it, is the measure of equality enjoyed by all men
We can do something about that
The way our fighting brothers and sisters looked at it
Some of them dead as I speak these words
The way they looked at it, we're lucky
And they're right, we're lucky to be alive
But only if our lives make life itself worth dying for
We must be worthy of our luck or we are damned
Our lives were spared, but this is merely the silliest of accidents
Unless we put the gift of life to the hard employments of justice
If we waste that gift, we won't have anywhere to hide from the indignation of history
I want to say this
The morality of the auction block is out of date
There is no room in the American century for Jim Crow
Tomorrow's democracy discriminates against discrimination
Its charter won't include the freedom to end freedom
Race hate isn't human nature, race hate is the abandonment of human nature
But this is true
There are alibis for the phenomenal excuses, economic and social
But the brutal fact is simply this
Where the racist lies acceptable, there is corruption
The race haters must be stopped, the lynchings must be stopped
The murders must be avenged
I come in that boy's name and in the name of all
Who, in this land of ours, have no voice of their own
I come with a call for action
This is the time for it
I call for action against the cause of riot
It won't surprise me if I'm accused in some quarters of inciting to riot
Well, I'm very interested in riots, I'm very interested in avoiding them
So I call for action against the cause of riots
Law is the best action, the most decisive
It's in the people's power to see to it that what makes lynchings and starts wars is dealt with
Not by well-wishers, but by policemen, and I mean good policemen
Over several generations
Maybe there'll be men who can't be weaned away from the fascist vices of race hate
But we should deny such men responsibility in public affairs
Exactly as we deny responsibility to the wretched victims of the drug habit
There are laws against peddling dope
There can be laws against peddling race hate
But every man has the right to his own opinion as an American boasts
But race hate is not an opinion, it's a phobia
It isn't a viewpoint, race hate is a disease
In a people's world, the incurable racist has no rights
He must be deprived of influence in a people's government
He must be segregated, as he himself would segregate the colored and semitic peoples
Anything very big is very simple
If there's a big race question, there's a big answer to it
And a big answer is simple, like the word "no"
America can write her name across this century, and so she will
If we, the people, brown and black and red
Rise now to the great occasion of our brotherhood
It will take courage
It calls for the doing of great deeds, which means the dreaming of great dreams
Giving the world back to its inhabitants is too big a job for the merely practical
No one of us will live to see a blameless peace
We strive and pray and die for what will be here when we're gone
Our children's children are the ancestors of a free people
To the generations: the fight is worth it
And that just about means that my time is up
When my time's up, I remain as always, obediently yours