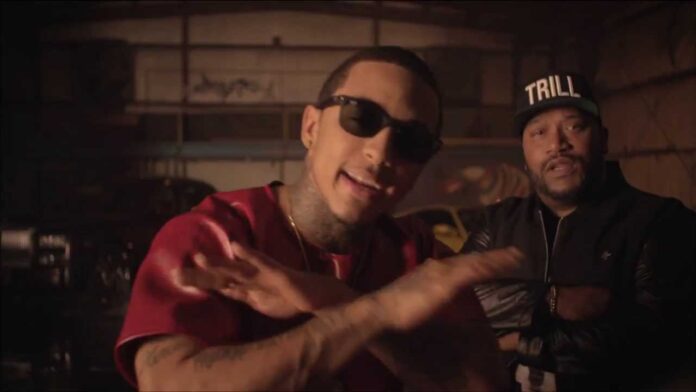 [Verse 1: Bun B]
Wake up in the morning, give thanks to the Lord
For giving me another day so I can go hard
Never been fraud, always kept it true
Get dressed, hit the street try ta' see what it do
Cut a few corners, [?] a few dubs
Get 'em, jump back, trill niggas show love
Some try to hate, I don't pay it no mind
Either get with me or get like me – that's on the grind
Candy paint shine as I flip through the city
Ridin' 84s, and them hoes look pretty
Had dirty money way before P Diddy
I'm just tryna squeeze a little more milk up out the titty
Is ya with me?

[Verse 2: Bun B]
Riding drop top in the Fleetwood Lac
The sun is shining down on my astro [?]
I'm all about the cheese but I never been a wreck
Gotta keep it to yo self, what part of the game is that?
You see me rollin 4's on them foes, just flipping
Leaning on the leather through the Southside dipping
You know I got the gat up on my lap with the clip in
Cock back ready but these boys ain't tripping
Who run this bitch? Don't even bother
My granddaddy did, he passed it to my father
My father did his thing like a G
He passed it down to me
Now the neighborhood belong to Bun B, OG

[Verse 3: Bun B]
Pussy niggas need to stay off in they lane
Sitting sidelines, want to quarterback the game
Back seat drivers get to talking too much
But not when I'm around, cause they know they get touched
It's the city called Clutch, and that's how we come through
Fake niggas runnin up? What the fuck they gon' do?
A trill nigga, no Hilfiger
Put it on yo ass, before when we still wheel nigga
New niggas in the game, get your share
Long as you ain't touching mine, bitch I really don't care
[?] in the air, twist yo fingers til it break
Trill recognize trill, we never roll fake
For the game